In this guest post, Dan Pollard (pictured below) from Brisbane’s BBS Communications Group, says the spate of global terror attacks are designed for maximum media coverage & we all need to learn lessons on the language we use around it…

Terrorism is a public relations tool. It is designed to communicate a message in the most brutal fashion possible and that message is simple: be afraid. 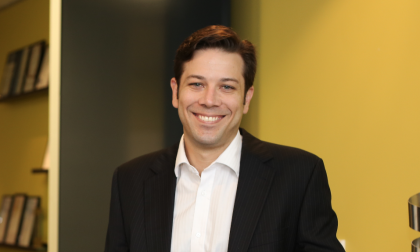 The power of terrorism is the sense that it could happen anywhere, to anyone and at any time. The more frequently we hear about it, the more likely it seems. And it seems we are hearing about it constantly.

For news organisations and journalists it is a near impossible quandary. Attacks like London Bridge and Manchester are unquestionably newsworthy. Obviously they cannot be ignored. But at the same time wall-to-wall media coverage is exactly what these attacks are designed to achieve.

Terror is their brand. And like any brand they want as much coverage as possible.

We cannot expect media to stop covering these attacks. It is clearly in the public interest that journalists and news organisations continue to bring us the details of these atrocities. However there is a strong argument that we can improve the way we cover these attacks and we should start with the language we use.

When we work for a corporate client our first priority is to get coverage for their brand. Even if we achieve nothing else, a prominent mention of the company name is a win.

That’s why Islamic State claims every attack they can. Were they actually the evil masterminds behind Manchester? Or London Bridge? Or yesterday’s siege in Melbourne?  These are critical questions for our police and intelligence services, but from a public relations point of view it doesn’t matter. Once we see it on the news it becomes truth.

Again, the world’s media are in a bind. Islamic State issues a statement claiming responsibility for an attack and that claim is instantly reported. In the race for new information about an emerging crisis, no news outlet wants to be the one that ignores the latest information.

But the truth is we’re doing their work for them. Islamic State want to be the employer of choice for the world’s extremists. More than anything else they need new recruits. Every time we uncritically repeat their claims of responsibility we’re giving their brand a free kick.

But the main game is still “brand terror”. And right now the way we define terror is hugely problematic. In public relations, language is everything. Once we assign the label terrorism to an incident it becomes part of a global and historical legacy that is connected to everything from the IRA, to Munich, to September 11.

Given the huge rhetorical weight the word terrorism carries with it, as a society we must be judicious with its use. There would appear to be no doubt that Manchester and London Bridge were planned, coordinated attacks deigned to instil fear in the community. That is the textbook definition of terrorism.

But are we at times applying the terrorism label too quickly? Take for example the 2016 Orlando nightclub shooting carried out by Omar Mateen. During the incident Mateen swore allegiance to Islamic State in a call to authorities, leading media coverage of the incident to almost universally refer to it as terrorism. But a later CIA investigation found no credible links between Mateen and Islamic State.

Mateen’s mention of Islamic State ensured this attack was quickly framed as terrorism. Contrast this with the 1996 Port Arthur massacre that was instead referred to as a mass shooting. Port Arthur lives in the history books as a one off — the horrific violence of one deranged lunatic. Mateen’s murderous rampage, on the other hand, is now connected to attacks around the globe, all unified under the umbrella of the word terrorism.

Language matters. Every use of the word terrorism helps build the value of “brand terror” and makes the next attack a more potent public relations tool. In the same way, every repetition of an Islamic State claim of credit for an attack reinforces their central brand proposition: that they can strike anywhere.