With rumours Shane Warne was set to be installed as Ten’s new bachelor for the 2018 series discredited by the man himself, a former loser from The Bachelorette Australia is now being touted as the new hunk for The Bachelor.

According to media reports today, firefighter Cameron Cranley (main photo) will score the role. Cranley was famously the runner-up in 2016’s series of The Bachelorette, despite being the fan favourite.

Once again its gossip weekly New Idea doing the speculating, the magazine apparently happy to concede its Shane Warne prediction was well wide of the mark. 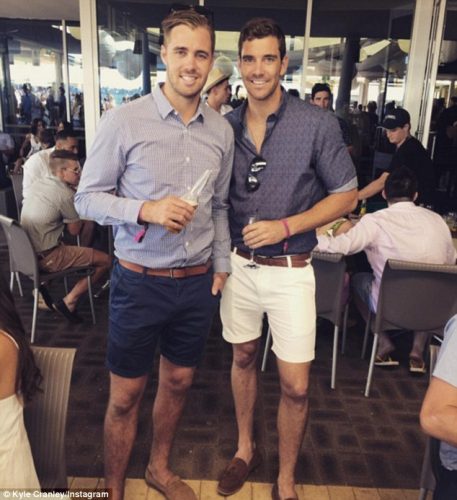 New Idea is reporting that Cranley will join his brother, Kyle (in photo above), in a revamp of the show that will see the lady contestants chase not one but two eligible gents in a kind of “double Bachelor” series.

But Bachelor fans beware, once again New Idea’s reporting could be considered dubious at best. Its theory that the Cranley boys are frontrunners for the role is based on the fact that Cameron isn’t appearing in Ten’s spin-off show Bachelor in Paradise.

Once again, New Idea includes comments from an “insider” who said: ‘That kind of confirmed he was in the running. Cam is so popular and still single so it would be an obvious choice to have him on Paradise.”

On the pairing of the two brothers, the source added: “The two brothers are practically inseparable anyway. They have a great friendship, are always socialising together, making fun of each other and it will work well on television.”

For its part, Ten has announced neither this year’s line-up or a launch date for the hugely popular series. However, it may be tempted to once again go for a known celebrity following Sophie Monk’s phenomenal ratings success in 2017’s The Bachelorette and the massive media exposure it garnered.