Leo Burnett Sydney’s group business director, James Walker-Smith (pictured below), is fresh off the plane from SXSW with this opinion piece in hand. While in Texas he says he witnessed an abundance of new gadgets and tech which left him with a nice, warm, giddy feeling…

Bots are changing the world, and mostly for the good. Messenger is the new black for brands as people switch off email. The singularity is still coming but we don’t need to send for John Connor just yet. 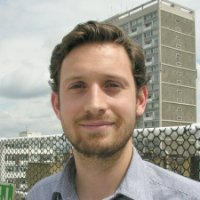 Autonomous cars are actually not quite ready to roll but will change just about everything when they are.

VR is definitely here but still makes you feel a bit dizzy so that needs to be fixed.

And Facebook video is perhaps the most undervalued asset in the marketing world.

These were just some of the headlines buzzing around SXSW this year. But behind the sound bites what was the overall vibe? How are the interactive, film and music communities coping in the face of a new political climate?  Should we be fearful or be thankful? And ultimately what does it mean for us marketing professionals?

The first clue was a session that had almost everyone in tears. In a good way.

Rainn Wilson (Gareth from the US version of The Office and founder of SoulPancake) and Jason Baldoni (actor and entrepreneur, founder of Wayfarer) put forward a refreshingly simple premise… we should only be concerned with making stuff (content of all shapes and sizes) that matters. They brought this to life with content such as My Last Days, a series about how to truly live, as told by those who are dying.

Rainn and Jason hold a simple belief that a good story well told can change the world and that there is no reason that inspiring stories can’t be commercial. In the end feeling good, to feel joy, is infectious and is sought after. Inspirational positive content trends faster than any other type of content.

This was the start of a thread around empathy that grew in the days that followed. The imperative of progress, fuelled by new tech, but played out in a more open, inclusive and positive way. In short, recognising the importance of connecting with people in a useful and personal way.

Perhaps this was best served by the inimitable Yasmin Green from Google’s Jigsaw and how her team have used programmatic to design a new redirect method to drive potential terrorist recruits away from extremist online content. This is worth a proper look.

There was also the refreshingly honest moment when Maggie Malone, of Disney and development lead on Frozen no less, admitted it had been a colleague outside of her own writing team who suggested that Anna and Elsa should be sisters in one of their daily story reviews. An inspiration for us all to think about how we ideate and how we review and build ideas to make them better with our wider teams.

And then there was Adam Grant debunking myths of success and inspiring us all to go forward with confidence following his study of ‘The Originals’. It should be no surprise that we all are capable of great ideas. But what the world needs is more champions of great ideas. Those who are prepared to confront expected processes and expectations to actually make them happen.

And there were many more like this. SXSW is a clarion call to work smarter and faster, that much is well known. But this year there was a greater emphasis on human connection and understanding. Technology is opening up new opportunities but it will be our empathy with others and our ambition to do better that will truly set us apart.