In this guest post, creative and strategy director at WE Buchan, David Coupland (pictured below), takes a look at the fallout from Nike’s Colin Kaepernick campaign and says what it also does is show the importance brands now play in our lives…

Nike’s decision to feature Colin Kaepernick as the face of their 30th anniversary “Just Do It” campaign has ignited a worldwide debate: ‘should brands take a stand?’ This debate has entered the mainstream and become memetic, spilling across the globe, funding hours of TV debate, online chatroom disputes, social posts and watercooler chat (I’d suggest that nowhere more so than in communications agencies). 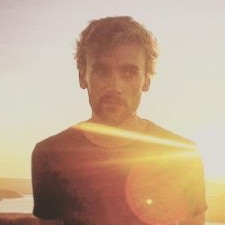 However, the campaign itself didn’t surprise me, rather the ongoing intensity of the debate. Given the steady shift in our culture where consumers are increasingly demonstrating their preference for brands to stand for something bigger than simply producing products, why has this campaign been so shocking?

Yes, Nike selected the face of a rightly contentious and sensitive issue (racial inequality) within the context of a particularly divided society (the US) led by a contentious celebrity president, but this isn’t new from Nike who has championed contentious issues in the US before. In fact, this tactic is baked-in to Nike’s original principles drafted by the late Rob Strasser, Nike’s first head of marketing, in which he declared: “This is as much about battle as about business”, “It won’t be pretty” and “If we do things right we’ll make money damn right automatic.”

What has surprised me, is how this campaign demonstrates the complex role that brands now play in our lives, and how reliant we have become on our favourite brands to provide stability in an increasingly turbulent world. The geopolitical landscape, hidden recession and changing social and racial landscapes may scare me, but at least I know my Nike shoes will make me look cool or provide me with support as I run; I can at least rely on that!

And so, for many people, their reaction to Nike’s campaign was more akin to trauma, or hurt, than it was a reaction to political offense. It was like hearing a beloved friend say something you didn’t want to hear. And as such, reactions were based on passion, not reason, creating a polarised response. Some ripped the ‘swoosh’ off their socks and burnt their trainers; others wore their Nike jersey’s as a statement-uniform.

So as communicators, how do we make sense of this? What can we learn from this reaction? Well, our recent Brands in Motion study of 27,000 consumers across eight markets identified that more than ever, our relationships with brands is increasingly fluid. A majority in six of the eight markets we surveyed said they prefer to support brands that strike a balance between functionality and purpose — brands, in other words, that know what they stand for, and act like it.

We also found 72 per cent of Australians want brands to take a stand on important issues (up four points since 2017). If an issue important to your customers becomes a topic of national conversation and a brand sits on the sidelines, you’d better believe that those customers will notice.

As such, consumers’ relationship with brands is delicate; love you today, shame you tomorrow. If a brand oversteps or underperforms on their emotional and rational duty, their consumers will happily shame them. Conversely, if a brand behaves as we expect, and takes stand on issues we identify with, their consumers will shower them with love and support.

This means the expected notion of traditional consumer loyalty, or brand positioning, is evolving. We must work harder to earn and retain customers love, be more agile and competitive in our insights, and be prepared to counsel clients on why it’s important to stick to a core belief even when the repercussion may offend those who do not agree.

Which brings me back to Nike.

It wasn’t surprising that they took a stand on a contentious issue, but more so that they did knowing they would lose the support of customers who disagreed. But then again, who would they be if they didn’t believe in something at the risk of sacrificing everything. They just did it.