Seven’s Olivia Newton-John biopic Olivia: Hopelessly Devoted To You debuted to a rather disappointing 735,000 last night.

However, its viewer numbers were overshadowed by criticism of the show, namely Delta Goodrem’s lead performance that was labelled as “awful”, “debacle” and “so bad” that “Olivia must be cringing”.

Others took to social media to describe the two-part series as “dodgy” and “cheap”, while one  compared it to “a dramatic reading of Olivia Newton John’s Wikipedia page”. 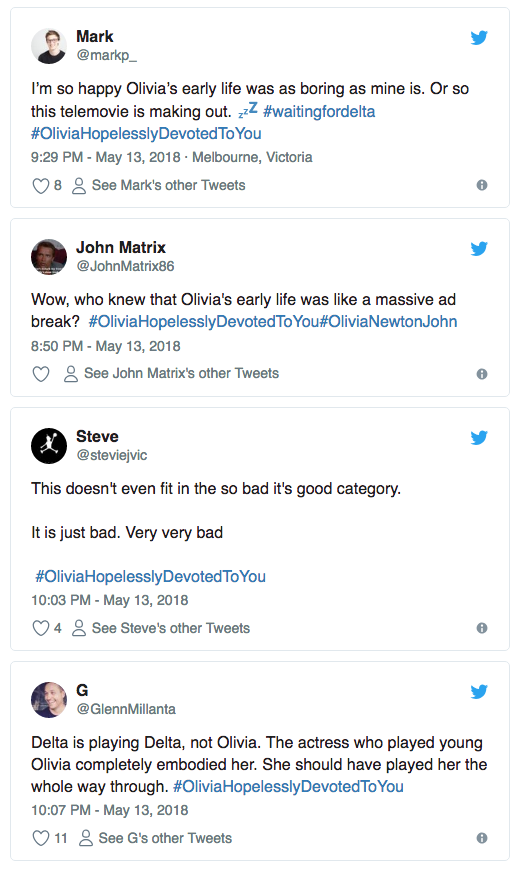 Nine’s The Voice had one million viewers, while Ten’s MasterChef had a bit of an off night, managing only 723,000. Seven’s House Rules had one of its better evenings, pulling 686,000.

In the battle of news and current affairs, Seven’s 6pm news bulletin beat rival Nine’s 1.09 million to 1.01 million, respectively. Nine’s 60 Minutes did well with 872,000, while Seven bumped its usual Sunday Night for Olivia.

For SBS, its best was the Eurovision Song Contest which averaged 210,000.