A study into the drinking habits of Australians has found that 69.3 per cent of us admit to drinking in any given four week period.

The study, by Roy Morgan Research, found that wine remains the nation’s top drop, with 44.5 per cent of respondents admitting they drank it. Beer was second with 39.1 per cent, spirits were third with 27.5 per cent and cider was popular among 13.6 per cent of drinkers. 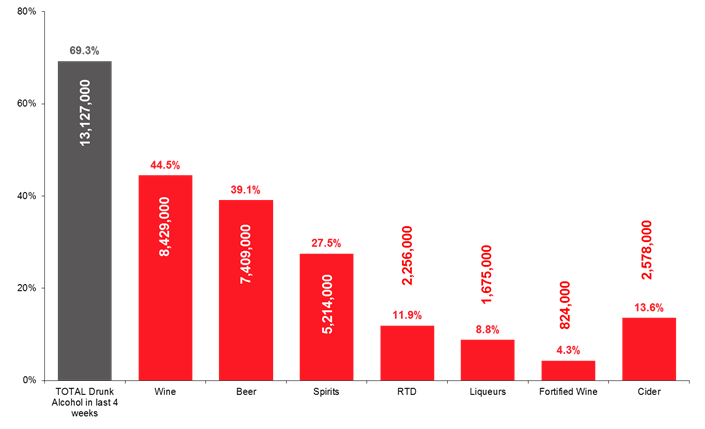 When looking at drinkers by gender, men are the predominant consumers of alcohol, with 74 per cent consuming alcohol in an average four week period, compared to 65 per cent of women.

In contrast, beer is consumed by 59 per cent of men in an average four weeks, compared to only 20 per cent of women. Beer is fairly constant across age, increasing slightly from 18-49, but declines for the 50+ age group.

Cider is fairly evenly split between the genders with a slight skew towards women, but it is heavily skewed to younger Australians compared to old, with 27 per cent of 18-24 year olds consuming cider in an average four weeks compared to 7.8 per cent of people aged over 50. 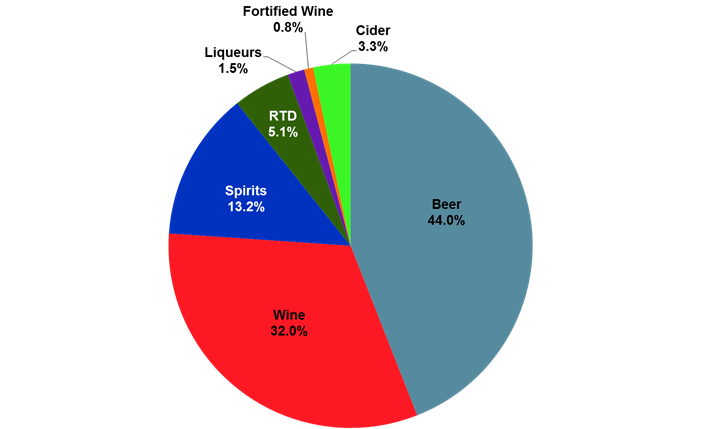 In Australia, 128.8 million glasses of alcohol were consumed by 11.6 million drinkers in an average seven day period in 2017.

Commenting on teh study, Roy Morgan CEO, Michele Levine, said: “While wine is the most popular choice of alcoholic drink among Australians, it’s interesting to note the largest volume of alcohol is beer, representing 44 per cent of all alcohol in a 12 month period.