Does your brand target the under 15s market? Well, a new study by Roy Morgan Research has found Generation Z have more cash in the bank than previous generations.

According to the Young Australians Study then more than 75 per cent of Aussie kids between the age of six and 13 have money saved. The average sum is $251, up $30 from kids surveyed eight years ago. With boys saving more than girls.

According to the study, “The only time girls are slightly more cashed-up than boys is among the 6-7 year-old bracket ($189 vs $181). After that, boys’ savings accumulate sharply, peaking among 12-13 year-old boys (who have an average $322 in savings). The amount saved also increases with age for girls, but not nearly to the same degree.” 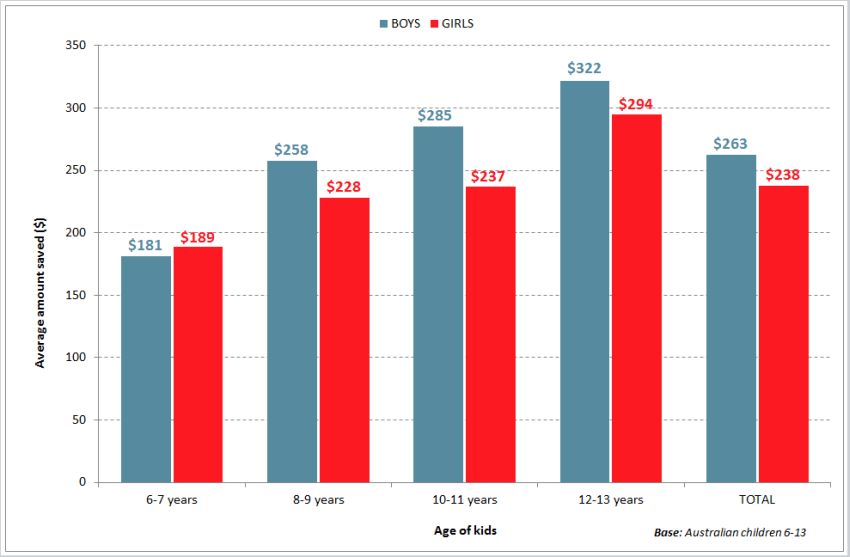 The study also found that the size of a kid’s bank balance had a lot to do with the socio-economic status of the family. Some 84 per cent of children from the AB socio-economic group have savings, with an average balance of $304. While 16 per cent had more than $1,000 in the bank. Kids from less affluent families were less likely to have savings (at 67 per cent); however, over 11 per cent had more than $1000.

Commenting on the study, Roy Morgan’s industry communications director, Norman Ross, said: “While it’s encouraging to see that the vast majority of Australian kids are saving money, and that the value of their savings has increased in the last eight years, the discrepancy in how much boys and girls have saved is worthy of our attention.

“The over-riding pattern (with few exceptions) is for boys to have accumulated more savings than girls. This may be partially related to how much pocket money they earn (the latest Roy Morgan data shows the average Aussie boy aged 6-13 gets $6 pocket money per week, while girls receive $5.20), and partially due to the fact that boys tend to receive higher-value cash gifts from parents and relatives for Christmas and birthdays, but also with how they are educated in financial matters.

“Teaching children the importance of saving from a young age sets them up with habits that will ensure a more financially stable adulthood, and even – down the track – a comfortable retirement. But are our sons learning different attitudes to money and savings than our daughters?

“With women still earning less than men in the Australian workforce and having lower superannuation balances, this disparity in childhood savings balances seems like an ominous precursor to later inequality and needs to be addressed.

“Containing detailed information on Aussie kids’ financial attitudes and behaviour – from their savings habits to what they spend their money on — Roy Morgan’s Young Australians Survey is an invaluable resource for banks and other financial institutions wishing to establish relationships with young customers. Perhaps these very same institutions could even make a concerted effort to encourage girls to start saving more?”