Think all Millennials want to be the boss without having any skill-set or life experience whatsoever to put them in the top job? Well, according to a new study that well-worn cliché of the Ys is just that – a cliché!

The report, titled Millennials: A Career For Me and conducted by international recruitment firm ManpowerGroup, found that rather than slave away for years for a spot on the executive team just to manage underlings, the Ys would rather invest in job skills that gave them employment security.

(Please note, the survey was not media specific.)

Based on the opinions of 19,000 Millennials from 25 countries, the study found that respondents would rather develop skills like technology or communications (56 per cent) than devote themselves to management and corporate ladder climbing (44 per cent). 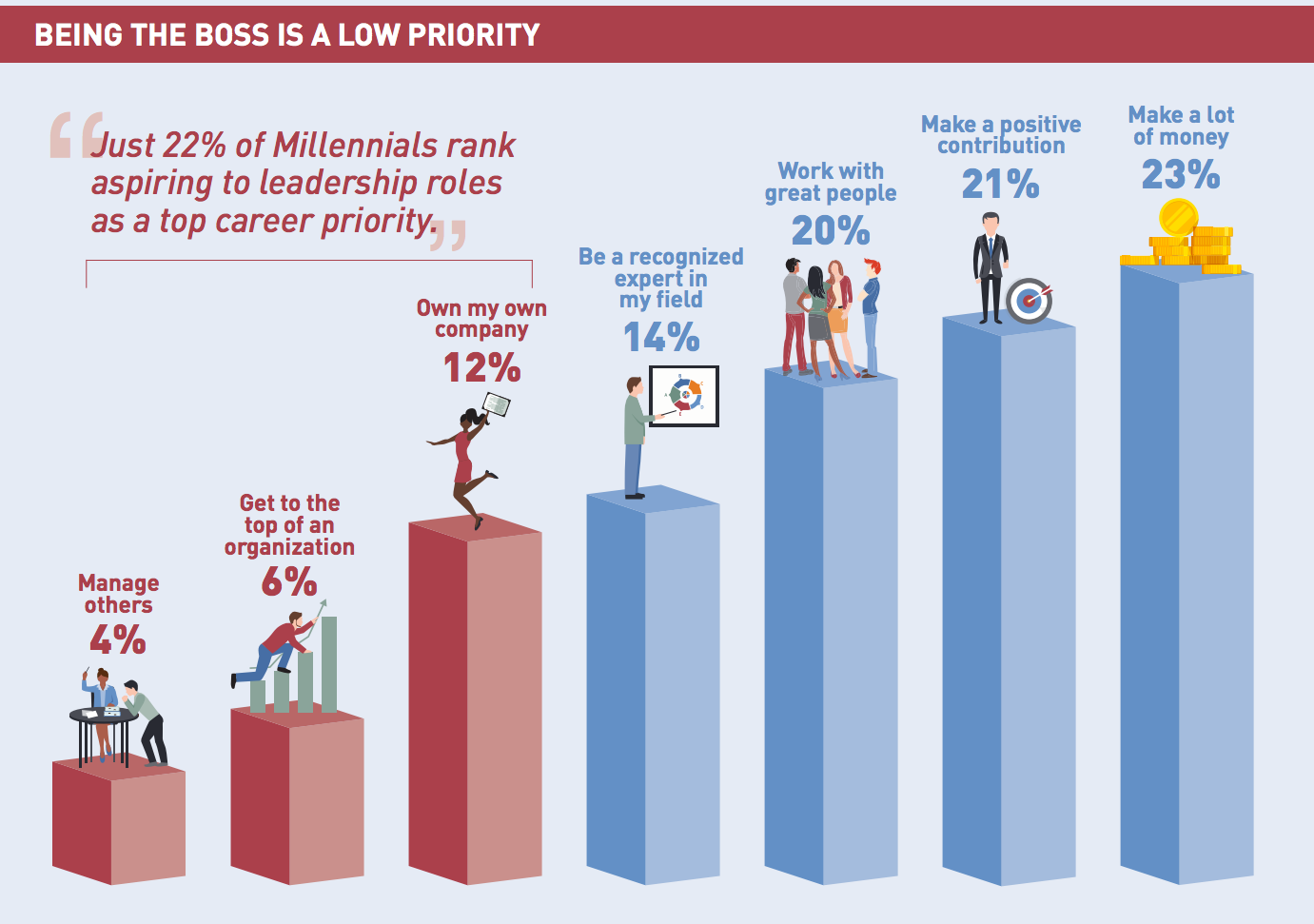 However, men still aspire to leadership positions more than their female counterparts with 24 per cent of the males surveyed agreeing they’d one day like to be in the CEO’s chair versus just 18 per cent of females.

Over three-quarters (77 per cent) would change jobs that offered more training but still had the same salary.

When it came to Aussie respondents, only 22 per cent of Ys aspired to a leadership role and only 10 per cent aspired to owning their own business.

Sixty to sixty-nine per cent of Aussies surveyed agreed they were positive about their career prospects, however, they were a long way off the positivity stakes of the Chinese, Germans, Indians, Mexicans, Swiss and Americans.

Commenting on the findings, managing director of ManpowerGroup Australia and New Zealand, Richard Fischer, said: “Employers often ask about the best way to attract and retain Millennials and understanding what really motivates them is the first challenge.

“As our research shows, contrary perhaps to previous beliefs, Millennials are driven by having a sense of purpose as well as accessing opportunities to build relevant skills to create job security.

“When starting out in a career, people often focus on their salary expectations more than they do developing soft skills and networking.

“These are core competencies that will set you up for the future and it is likely that money and responsibility will follow with time,” he said.

When it came to more men wanting leadership roles than women, Fisher said it could simply be the case that women feel there are less opportunities in boardrooms for them. “This suggests we still have work to do to ensure women feel supported and encouraged to go after positions of leadership,” he said.

When it came to developing Millennial workers the report recommended to appreciate your Y staff, focus on career variety and mobility, be flexible, hold regular career conversations and be open to alternative work models.