Both men and women look at sexy adverts the same way, although the blokes tended to dwell on the model longer while women were better at recalling what was actually being sold to them a British study has revealed.

Eyetrack Shop, a firm that specialises in monitoring eye movements over a page, and the UK’s Medical Research Council reviewed the reactions of 50 men and 50 women to two raunchy print ads for H&M and Reebok and a more conservative one for the car brand SAAB. You can check out the full study here.

The study not only monitored where the eyes of the participants tracked but for how long they viewed the actual ads. Interestingly, the study found that both men and women looked at ads in pretty much the same way. 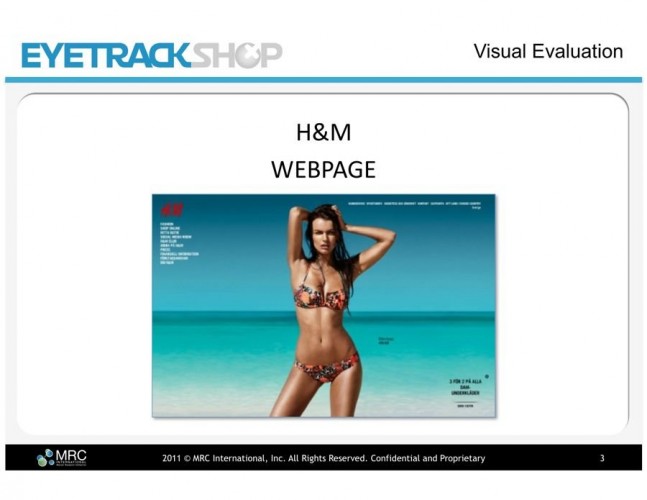 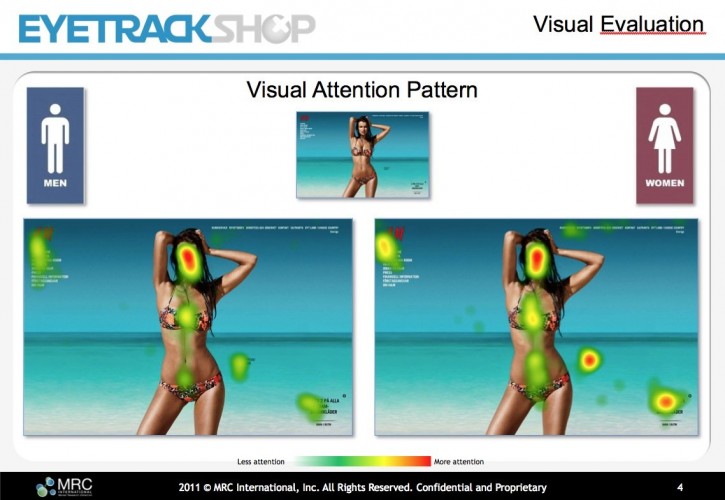 The researchers found that the men not only looked at the face of the woman in the advert first, but they also looked at it for 40 per cent longer than women did. However, men looked at the model’s legs for 20 per cent less of the time than female participants. 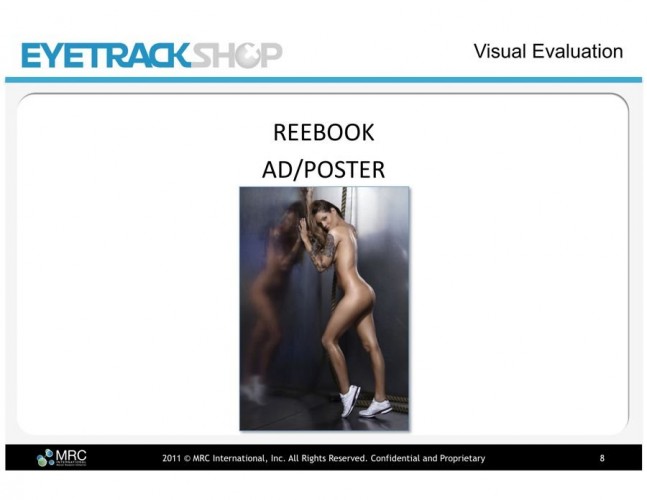 For this rather racy Reebok ad (yes, it’s an ad for sports shoes), researchers found that men and women pretty much looked at the same parts of the model’s body equally; however, as the heat map below shows men pretty much ignored the shoes altogether, while women spent 36 per cent more time looking at the product being spruiked. 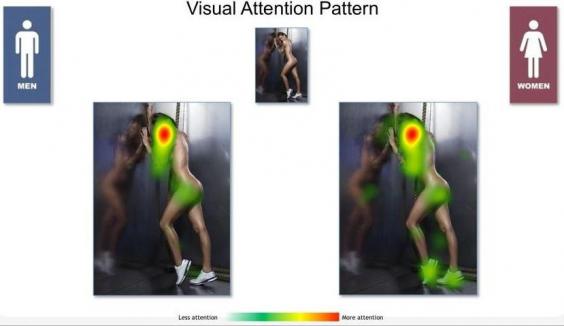 When it came to this more conservative car ad, both genders tended to view it the same. However, as the heat map below shows men read the words first and then looked at the car, while women’s first point of call was the car. 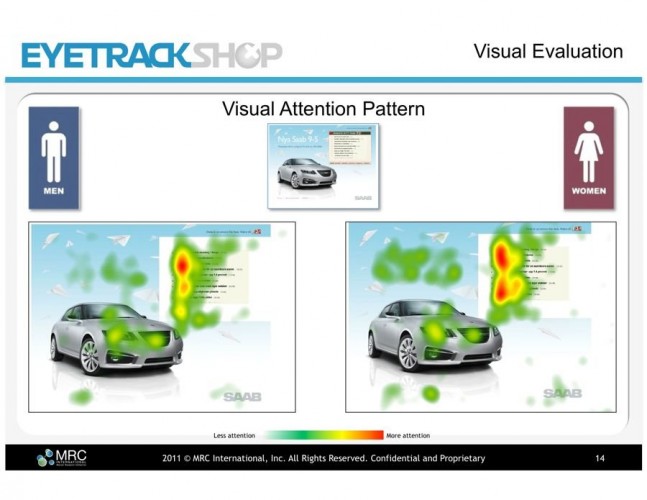