New research commissioned by money transfer from Western Union shows that Millennials across 15 countries are united by a belief in globalisation, want the freedom to experience the opportunities it brings, and have a desire to play a role in shaping the future using technology.

The survey of more than 10,000 Millennials reveals that this group is confident that globalisation will make the world a better place for themselves and others and are committed to leading the change. 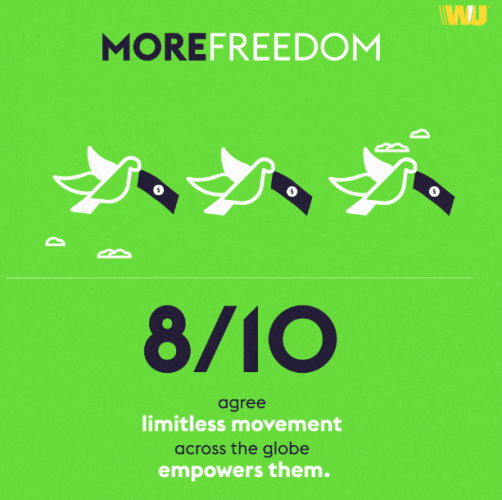 The world – politically, economically, socially, and technologically – is in flux. But what does this all mean for our future? The Western Union Company has commissioned a first-of-its-kind global study about Millennials’ beliefs, hopes and aspirations for the future and the world that they wish to shape for themselves and others. 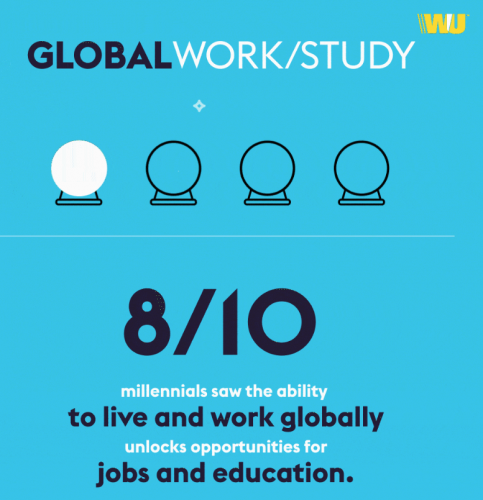 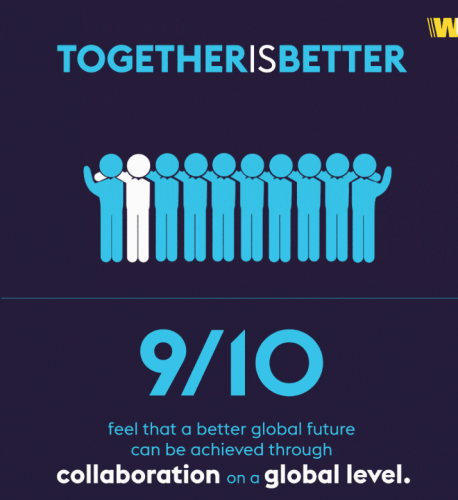 The survey shows that in sharp contrast to current geopolitics, this diverse group of tomorrow’s future shapers are united by a belief in a world of collaboration, unrestricted by geographical borders. 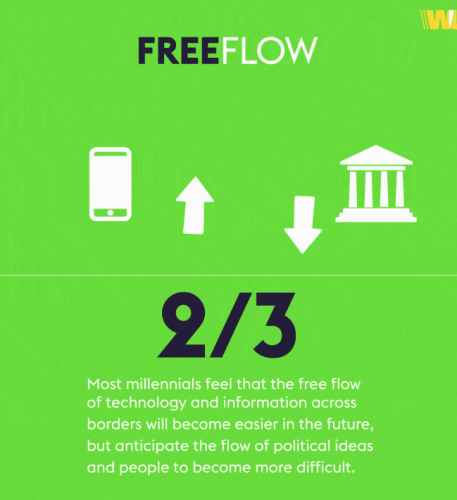 Western Union president and CEO, Hikmet Ersek said, “The world is changing and there is a new economic power shift driven by a new generation of global citizens. They are shaping the future, and inspiring others to do the same. They are redefining globalisation to one of ‘personal globalisation’ where the pursuit of limitless cross-border movement, cross-border digital communication and creative lifestyle drives new economic power.

These inspiring future shapers are the leaders of tomorrow and are looking at how they want the world to be, not only for themselves, but for all. This generation is made up all kinds of future leaders – entrepreneurial, corporate, political, and social influencers. It is vitally important to understand what they think and what they want the world to look like,” said Ersek.

The following key findings are highlighted as important to Millennials:

• Seven out of 10 believe future governments will be hybrids of democratic institutions and individuals – representing the power of people (70 per cent).

• More than two thirds believe that shaping the future is up to them as individuals, rather than governments (71 per cent).

• Forty percent believe the creation of a globalised world requires shared responsibility of all. This includes global and national stakeholders, such as international organisations, governments, the private sector, local communities, and individuals, all taking responsibility.

• Many expressed concerns that governments today are not fulfilling their hopes or representing their generation’s views. Two thirds believe that global institutions like the United Nations are more representative of them, rather than national or local governments (61 per cent vs. 48 per cent and 44 per cent). Out of the 15 countries surveyed, Millennials in:

There are mixed sentiments regarding whether the world is at peace, given concerns that increased racism and nativism may pose a threat to global citizenship and an open world. Millennials believe the most important trait to eradicate social discrimination is ensuring that there is respect for diversity.

• Those surveyed identify racism and a fear of immigrants as the biggest threats to global citizenship and an open world (36 per cent), followed by nationalist politics, religious differences, and outdated immigration policies.

• The most important traits for achieving global citizenship and eradicating social discrimination is ensuring that there is respect for diversity and the ability to embrace other countries. Those surveyed identify respect for diversity (46 per cent), the ability to embrace other cultures (43 per cent) and adaptability (39 per cent) as the most important traits of a global citizen.

• These future shapers believe that tackling issues of racism, xenophobia, religious intolerance, gender inequality and freedom to be anywhere in the world are important to creating an ideal future world. A future free of racism (42 per cent), barriers based on gender, religion, culture, or nationality (38 per cent) and the ability to live, work and play anywhere in the world (37 per cent) were cited as the three most important factors for success.