Consumers may like to moan and groan about their retailers and purchases, however, when it comes to our cars it appears we’re more than satisfied.

According to Roy Morgan’s annual ‘Automotive Satisfaction Report’, owners of Mazdas are the most satisfied vehicle owners in the country.

That said, according to the study which had over 40,000 responses, when you look at the top 20 motor brands in Australia, there was only a 3.1 per cent difference in their satisfaction rating. Roy Morgan concluding the 2017 results “making it difficult for any brand to be positioned as the clear market leader”. 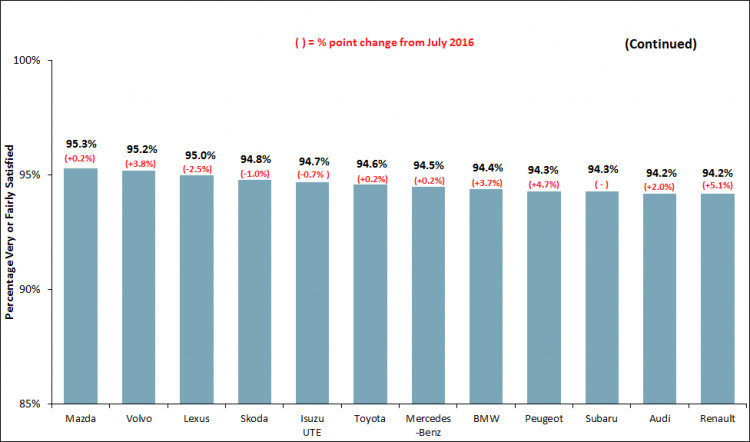 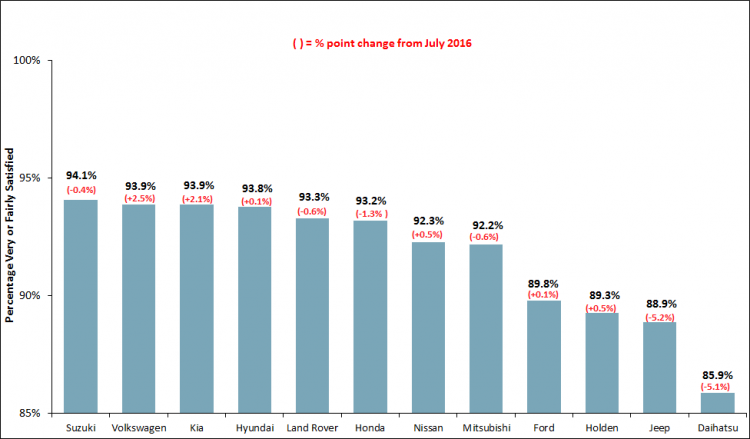 Mazda had a satisfaction rating of 95.3 per cent, making it narrowly the top performer among the 24 major car brands in Australia. Not only was Mazda the satisfaction leader this year but it improved it’s rating by 0.2per cent points from last year, when it was ranked fourth behind Lexus, Skoda and Isuzu UTE.

Commenting on the study, Roy Morgan’s communications director, Norman Morris, said: “In such a highly competitive car market as Australia, it is critical that brands focus on their satisfaction ratings relative to their major competitors and across key segments because customer satisfaction has the potential to impact on customer retention and advocacy. This research has shown that very little currently separates the satisfaction of the major players in this market, presenting a problem in how to obtain a competitive advantage on this important metric.

“With over 40,000 in-depth interviews per annum involving car drivers across all brands and models, Roy Morgan is in the unique position of being able to provide a detailed understanding of all aspects of car ownership and brand preference to all those involved or interested in this very significant industry.”