Haven’t had a pay rise in a while and not expecting one anytime soon? Well, you’re not alone if a new survey into the salary expectations of Australian workers is to be believed.

The survey, that looked at 12 different professions, found that when it came to those employed in Australia’s media and advertising industries some 24 per cent of respondents were not expecting a pay rise in the next 12 months.

The study, by recruiter Hays, is based on the responses from some 2950 organisations that had a reported three million Aussie employees. 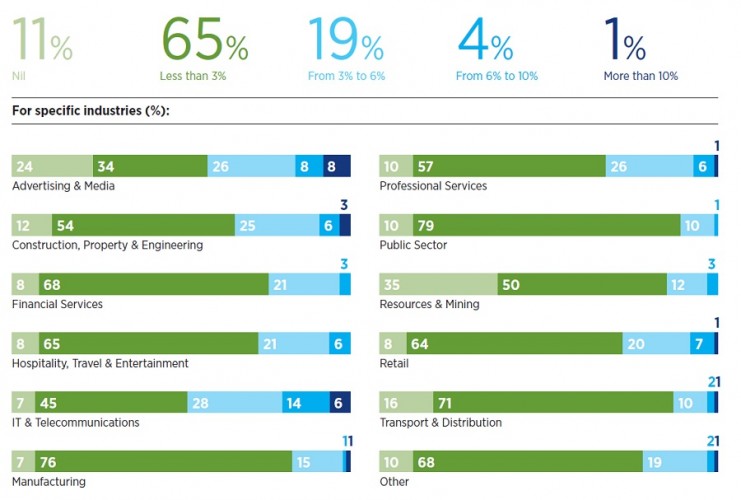 Interestingly, the media category won for the most employees expecting a double-digit increase.

However, media’s not as glum as those working in the public sector or mining industry with 89 per cent and 85 per cent respectively expecting a three per cent or less salary increase over the coming year.

The Hays results also follows a study released last week by Roy Morgan Research that found from 30 professions, people employed in Australia’s advertising industry were regarded as the second least honest and ethical, ranking just ahead of car sales people.

The Hays survey noted that when it came to employability and salary increases it was, unsurprisingly, those with tech skills that were most in demand. “Technology skills, which have always been hard to find, are critical in our digital economy and employers are acknowledging this by doing what they can to ensure relevant skills are retained in the long run.