The global poll by market research firm Ipsos and called the Global Trust in Professions survey found that only eight per cent of those surveyed agreed that ad execs could be trusted. A further 55 per cent voted them as untrustworthy leaving the profession on the bottom of the trustworthy list.

It wasn’t great news for journalists either, the profession voted the sixth least trustworthy profession in Australia with just 17 per cent of respondents agreeing they could be trusted.

Doctors held Australia’s most trusted job, with 69 per cent agreeing they could be trusted. Followed by scientists (62 per cent) and teachers (60 per cent). Check out Australia’s most/least trustworthy professions in the chart below: 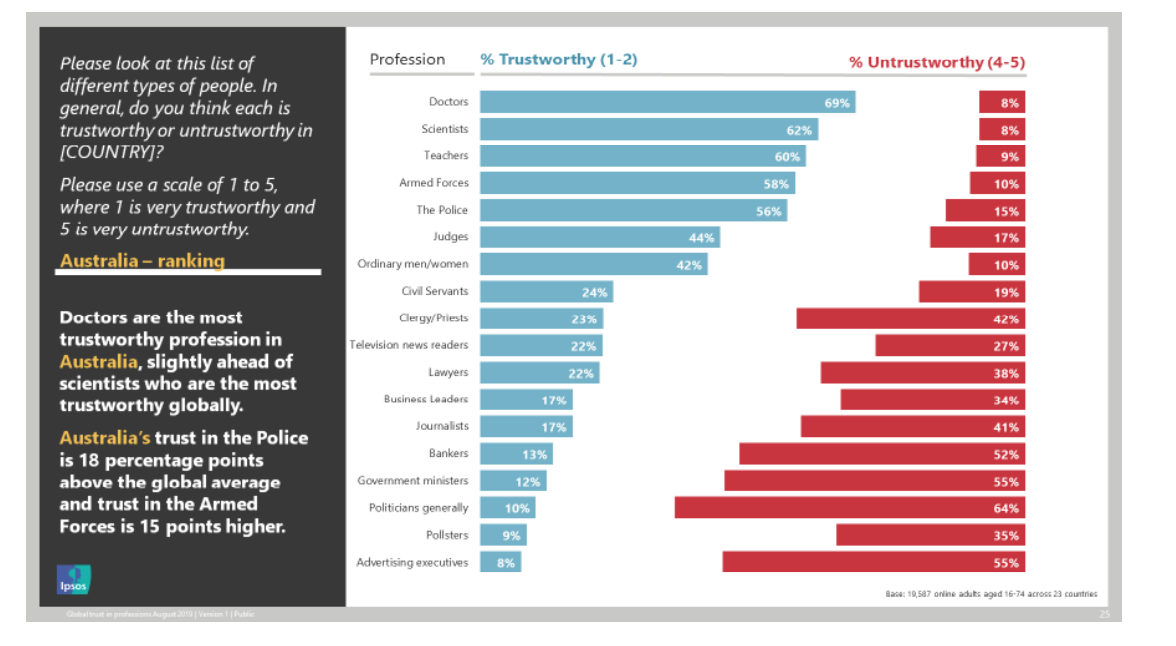 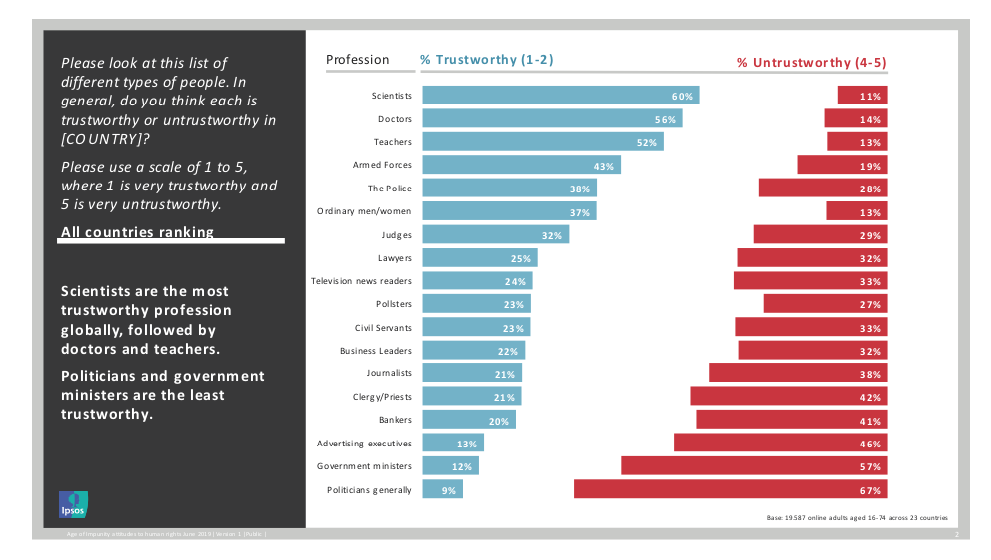 Commenting on the findings, David Elliott, director, Ipsos Australia Social Research Institute, said: “It has been said that we are losing faith in experts. This study shows that in fact, scientists are held in high esteem both here and in Australia.

“The high levels of trust placed in many professions of crucial importance to our society are encouraging as they indicate that we don’t think society is completely broken. We still have a lot of trust in many important professions, like doctors, teachers, the armed forces and the police. What is more concerning for us as a society are the low levels of trust in politicians, government ministers, bankers, journalists, clergy/priests and business leaders.

“Encouragingly for my colleagues and industry, while pollsters sit at the bottom on trustworthiness this looks to be more a result of many being undecided rather a strong sense of untrustworthiness. When we look at the proportions indicating a profession is untrustworthy, pollsters soar to 8th position as the most untrustworthy well behind politicians, government ministers, advertising executives, bankers, clergy/priests, journalists and lawyers.”