A new study by the Interactive Advertising Bureau (IAB) in the US has revealed that when it comes to watching TV, Americans prefer to do it with friends, partners or family.

The study found that over 90 per cent of respondents aged 13-64 revealed that when they watched TV they did so with other people. You can read the study in full here. 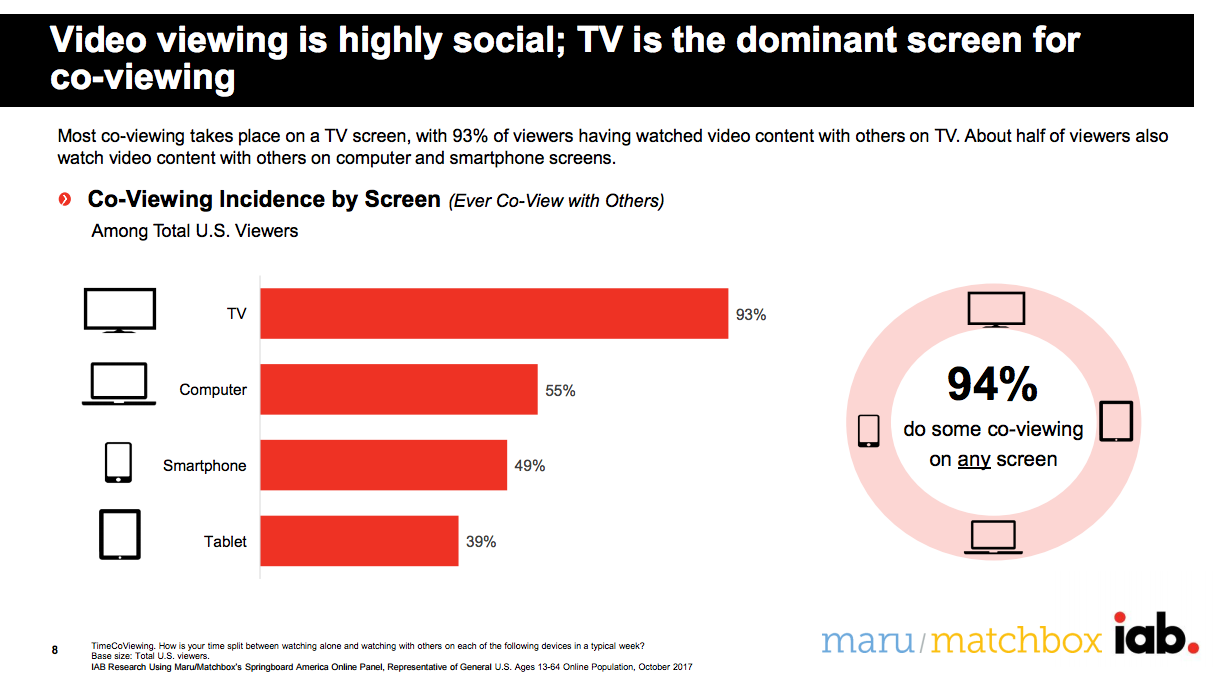 The main reason people said they watched TV with others was to spend time together and unwind.

When it came to SVOD suppliers like Netflix, 59 per cent of adults said they watched shows with their partners and 41 per cent said they did so with their kids.

Some 56 per cent of respondents said they discussed brands they saw during ad breaks with their fellow TV watchers. Some per cent of SVOD watchers agreed they’d purchased something they’d seen at advertised, while it was only 23 per cent for traditional TV.

The study found it was men, Gen Zs and Millennials who were most likely to buy something they saw advertised on OTT and linear TV.

Commenting on the study, Chris Kuist, svp of research and impact for the IAB, said: “Watching TV has always had an important social component, and this has absolutely continued as OTT platforms become ever-more important parts of people’s viewing rituals.

“This social aspect of biggest screen in the house is powerful, and is being amplified on OTT platforms in ways that can greatly benefit marketers.”