A new study into the media consumption habits of Australians has found that we prefer to listen to the radio in the morning and it’s definitely TV at night. 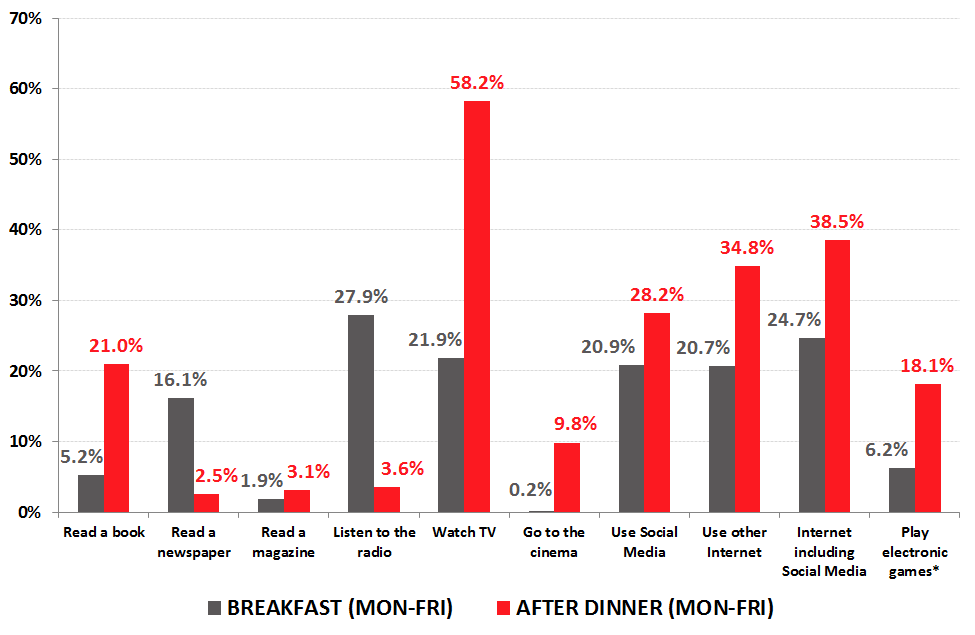 When it came to evenings, TV viewing was preferred by 58.2 per cent of Australians compared to 21.9 per cent at breakfast time;

Playing games on a console, computer, mobile phone or tablet is much more strongly preferred after dinner with 18.1 per cent of Australians compared to 6.2 per cent at breakfast time.

Commenting on the study, Roy Morgan CEO, Michele Levine, said understanding how diverse consumer groups engage with media at different times of the day is vital to properly targeting advertising to reach consumers in a cost-effective way.

“These sorts of analyses give valuable insights into media receptivity similarities and differences both within and between selected target markets,” Levine said.

“Exploring media preferences in detail is an essential input for developing effective media strategies to reach existing and potential customers.