YouGov’s new Brand Boycotters report explores the nature of consumers that stop using a brand, and underlines how vital it is to placate their anger following adverse headlines. It shows that of those who stopped using a brand, six in ten (59 per cent) still don’t.

You can read the report in full here. 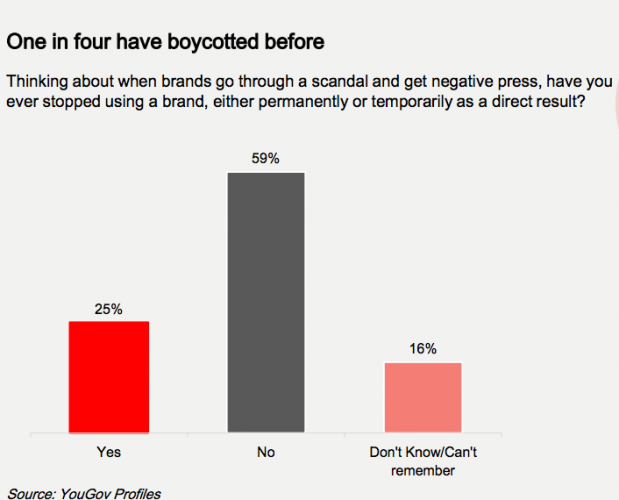 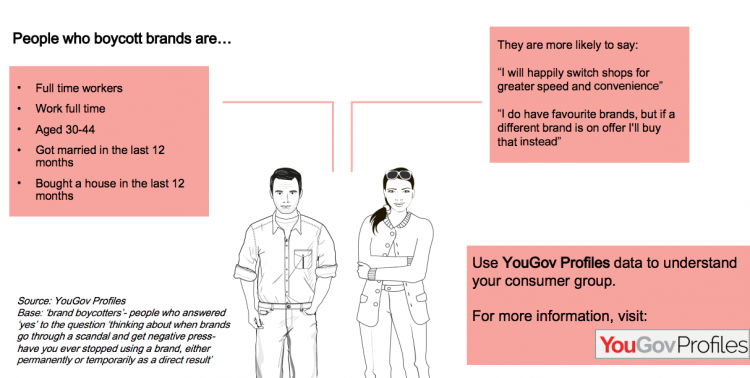 The report suggests that although some boycotting consumers do come back eventually, rarely do they use the brand as much as they did before. Indeed, six in ten (59 per cent) say they still do not use the brand, while one in five (22 per cent) went back to the brand they used it less often. Only 17 per cent used it as much as previously. 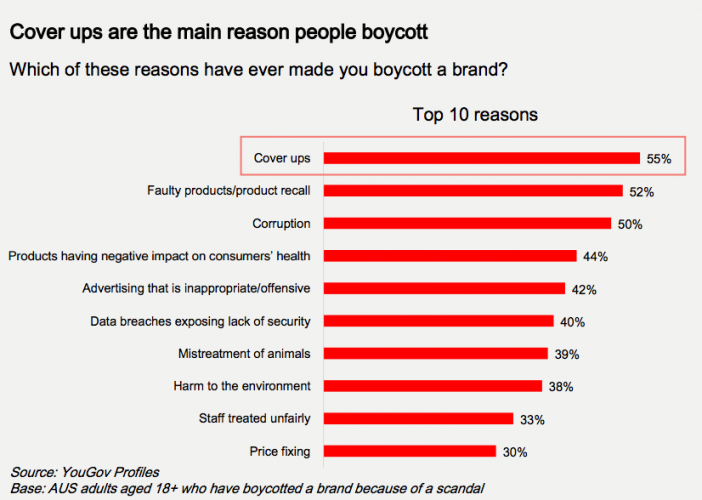 Overall, nearly half the Australian population (44 per cent) say they “only buy products from companies that have ethics and values that I agree with”. This rises to nearly three-fifths (58 per cent) among those who have boycotted a brand and no longer use it as much as they used to (if at all).

Commenting on the results, Sej Patel, head of YouGov Australia, said, “There have been a number of cases of brands getting in hot water with consumers over the past couple of years over issues such as tax avoidance or not treating staff well enough. While it is not as straightforward as saying that every time a brand is seen to misbehave it will lose customers, there is a distinct proportion of consumers who will vote with their wallets.”