Sure, it might be a brand that doesn’t actually need to advertisie, but when the Star Wars franchise released the seventh movie Star Wars: The Force Awakens many were frothing for extra Star Wars bits and bobs. But while many wanted more, Disney’s Australia and New Zealand chief marketer, Gavin Ashcroft, said content scarcity was the go-to plan. 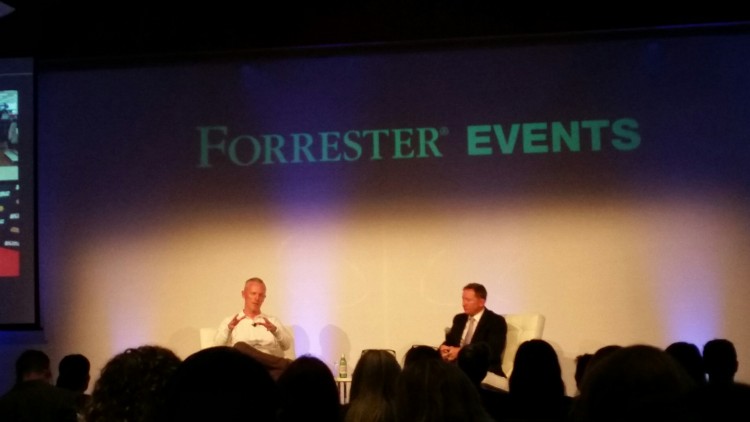 On the left, Gavin Ashcroft talks about Star Wars.

It boils down to 365 model – marketing all year round – for the franchise overall and a scarcity model for the seventh film.

Marketing Star Wars As A Brand

The Star Wars films brings with it a mammoth fan base. And when it came to time to push the seventh film, Star Wars: The Force Awakens, Ashcroft said it was critical to stick with the Star Wars initiative of 365 days and stay authentic. The team uses the mantra ‘one place, one history, one story’ to help stay true.

“It’s a mantra that we’ve returned to all of the time with Star Wars,” he told the audience at the forum.

“It’s one story, no matter where you interact with Star Wars, the games or interactive content…making it seamless for fans and for audiences.”

Ashcroft said the focus for Star Wars marketing in general is a 365 method – marketing all year round, not just at hyped up moments such as the seventh film release.

“We have a calendar designed that utterly places as much emphasis between the movies as the movie corridors themselves,” he said.

“That is again the linking initiatives and ensuring our audiences are engaged. There’s always a Star Wars moment coming.”

He noted the illustrious international Star Wars day on May fourth – May the Fourth Be With You – along with a play on Father’s Day – I Am Your Father’s Day – as examples of Star Wars moments that happen even when the films are playing.

When it came to specifically marketing the seventh film, Ashcroft said it was all about scarcity and partnerships.

“In terms of reigniting the franchise and launching this magnificent movie, our starting point was really fortunate,” he said.

“We’ve got a really engaged base of fans in Australia and are seeking out Star Wars content all the time. When you have a movie like The Force Awakens, you have a unique opportunity to reach out to new audiences and kick-start a new generation of fandom as well.

“It was very much a less is more approach when launching that movie.”

He noted in the 12-15 months before the premiere, the franchise had put out no more than three and a half minutes of content. It meant they had to think carefully about how to market the movie, and keep up that sense of demand.

The best example that the idea of holding back content had actually worked was during the pre-sale of tickets. Pre-sales are a bit hit and miss, said Ashcroft, as consumers aren’t getting them any cheaper. The demand and anticipation for this particular film were ripe though with sales through the roof.

Ashcroft said content for films is usually quite high, so to compensate for the lack of visual content, the Disney marketing team utilised a number of partnerships to drive anticipation.

Some partnerships might seem obvious in this instance – such as the coupling with car brand Holden as it reached the target audience of young and older men alike. 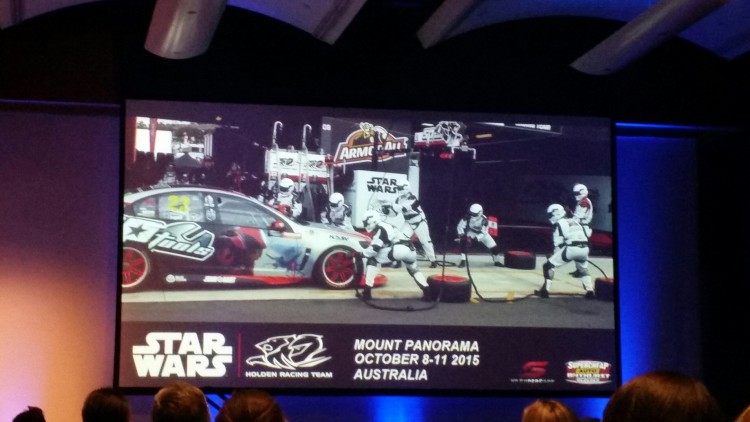 Partnering with makeup brand Covergirl though was a surprising one though, said Ashcroft. It was a way of targeting new audiences, predominantly female. 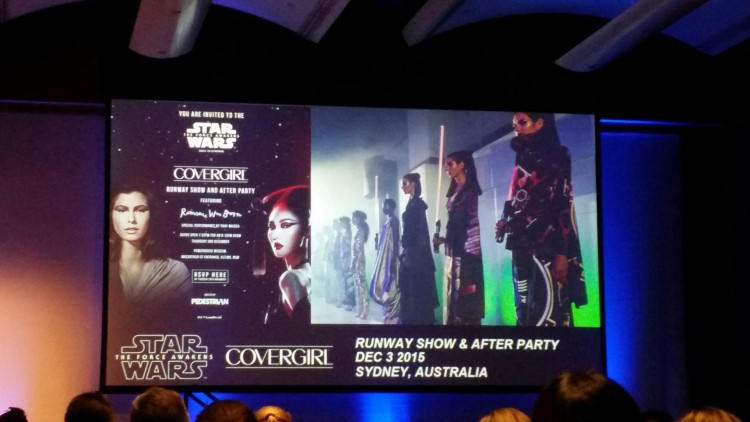 “It actually started with a colour range and design that tapped into the feel of Star Wars and deliver on the light side/dark side looks,” he said, adding they built it out into a fashion event.

“We were able to drive publicity out of this initiative and reach spaces we perhaps wouldn’t have gone without this partnership.”