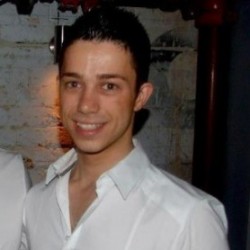 
St.George Bank has announced a partnership with LGBTIQ film organisation, Queer Screen for the next two seasons.

The partnership helps to boost the bank’s support of the LGBTIQ community.

Sydney-based Queer Screen was established in 1993 as an independent organisation with a primary focus on queer film and screen culture. Their annual calendar of film and screen events includes the Mardi Gras Film Festival, Queer Film Fest, the newest venture of Queer Screen and My Queer Career, a competition pioneering queer short film competitions exclusively for locally-produced work.

Giovanni Campolo-Arcidiaco, president Queer Screen said: “We’re very happy to welcome our new Major Sponsor St.George Bank. This exciting new partnership will allow us to deliver even better film festivals and events. St.George has a history of supporting the arts and we look forward to working with them to promote diversity and creativity within our community and beyond.”

The partnership with St.George Bank will enable Queer Screen to expand its offering to the LGBTIQ community and widen its reach in bringing undiscovered talent and queer classics to a new audience.

St.George Bank’s general manager, retail banking Andy Fell commented on the partnership: “St.George is committed to giving a louder voice to the LGBTIQ community not only within St.George but across Australia. This partnership is a unique opportunity to showcase our values alongside the best the queer-film community has to offer.”

Managed by Pink Media group, St.George is proud to support Queer Screen, as part of their diversity acceptance and support for the LGBTIQ community.

“St.George is a great example of what a strong brand and a community organisation can achieve when they work together,” said Pink Media Group managing director Ben Mulcahy.

Image via Queer Screen’s release of the Film Festival.