If you’re an 80s and 90s music aficionado disillusioned with the soundtrack of 2019, fear not, because Spotify has created the perfect campaign for you.

The “listen like you used to” campaign by Who Wot Why is targeted specifically at listeners that grew up between 1979 and 1999.

By juxtaposing the classics of yesteryear with the monotony of adulthood, the hilarious campaign taps into a sense of ‘coming of age’. 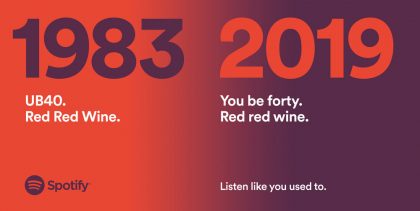 The billboards and posters are on display around London and Manchester in the UK.

While for many the ads will be a reminder of all the years that have passed, the music streaming platform’s message is that although times change, your music taste doesn’t have to.