Amid all the praise for plus-size model Ashley Graham’s recent Sports Illustrated swimsuit issue cover, one former model has stepped out and condemned the trend.

Ex-top model Cheryl Tiegs blasted SI for having a plus-sized model on one of its three covers for the annual swimsuit edit, calling her figure anything but healthy.

“I don’t like that we’re talking about full-figured women because it’s glamorising them, and your waist should be smaller than 35 [inches],” the 68-year-old told E!

“Her face is beautiful. Beautiful. But I don’t think it’s healthy in the long run,” she added.

Tiegs herself graced the cover of the Sports Illustrated swimsuit issue on a number of occasions in the 1970s and 1980s, and called the decision to feature Graham a form of promoting an ‘unhealthy’ lifestyle. 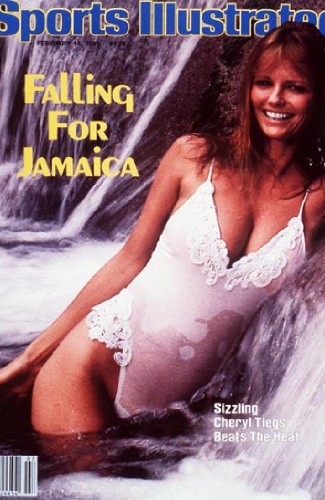 Tiegs has since apologised for the comments after suffering immense backlash online.

Taking to Twitter to try and justify her comments, she wrote, “To clarify re bodyweight. Being anorexic/bulimic/overweight all connected to health problems. I want all to be as healthy as they can. [sic]”.

Failing to appease the masses, she offered up another half-baked apology.

My sincere apologies to everyone I have hurt. I truly just want everyone to be healthy & happy.

But the commentary on Graham’s weight continued over in London, where former British Member of Parliament Edwina Currie also called the model’s figure “unhealthy”.

“If you’re that sort of size, and I’m not as slim as I should be, you’re heading for diabetes, which is awful,” she said, per the Daily Mail.

Edwina Currie prompted further outrage by claiming the model is “obese”, “looks unhealthy” and will cause “damage”.

“I don’t think she looks incredible. I think she looks unhealthy,” she said. “If you’re obese, if you get to that sort of size, then you’re doing your pancreas an awful lot of damage.”

It comes off the back of a range of opinions popping up on the spectrum, from praise for US lingerie brand Aerie using self-professed “curve model” Barbie Ferreira in its latest campaign, to a study claiming that the use of plus-size models in advertising leads to higher rates of obesity.

Seems no matter which stance you take, you just can’t win.

Graham, a size-16 lingerie model, is only the second plus-sized babe to appear in the mag’s swimsuit special, but the first to appear on the cover.

After the announcement, she burst into tears and said, “I’m shaking. I’m so honoured.”

We think we’ll leave the final word with Twitter:

@RUSTIMCCOLLUM But @CherylTiegs made it about more than them when she fat-shamed Ashley publicly. Cheryl is old and uses face fat injections