A fan of Ten’s The Bachelor? Well, B&T does warn this article comes with a possible spoiler alert.

Media reports are circulating this morning that not only does this year’s Bachelor – former Wallaby Nick ‘The Honey Badger’ Cummins – find true love in this year’s series, he’s so infatuated with her he apparently gets legally married in the show’s finale. Which, if true, should prove a ratings bonanza for Ten.

Admittedly the news comes from a not overly reliable source – Bauer’s NW magazine – with reports in today’s edition that Cummins reveals a wedding ring and weds the winner on the spot.

Once again, NW‘s “source” is the often quoted “insider” who told the publication: “He said to producers he was not only ready to get down on one knee but he was also keen to get hitched. 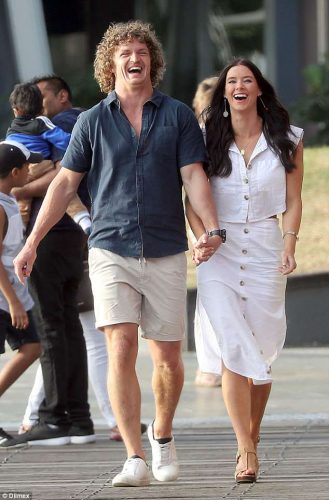 “We thought it was a joke, but he said he just wanted to ‘make her his missus’ – and told the crew to call in ‘any old celebrant’ who could make it happen,” the insider is quoted as saying.

B&T has contacted Ten for comment on the speculation, however, had not received a reply at the time of publication. 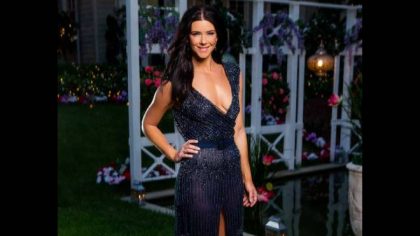 And who is the lucky lady to win Cummins’ heart? Well, according to NW it’s 30-year-old brunette Brittany Hockley (photos above), a radiographer from Port Macquarie on the NSW mid-north coast.

Not that Hockley should come as too much of a surprise, having been the bookies’ favourite for much of the series at $1.82. Adding to the speculation, Hockley herself had apparently been telling friends via social media that it was a bet worth investing in.

Meanwhile, women’s site Mamamia also claims it has evidence that Hockley is the eventual winner. The site claims both Cummins and Hockley have hit it off on the show and both hail from Port Macquarie.

Apparently, Cummins let slip on a radio show that he typically went for blondes “and that’s why I’ve had a big changer,” he is reported to have said. While other reports have said that many of Cummins’ friends and family had recently been engaging with Hockley via her Facebook profile before she set it to private.