In this guest post, Praful Desai (pictured below), business development director at TVSquared, addresses Mark Ritson’s recent warning on the future of the Australian TV industry…

The Australian TV landscape is worth $3.1 billion and growing. From increasing transparency efforts, to pure measurement of linear TV, and even the promise of addressable TV on the horizon, it’s an enticing market that holds a lot of potential. I wouldn’t be surprised to hear that Facebook and Google (a.k.a. The Duopoly) are eyeing up a chunk of the Australian TV landscape for themselves. 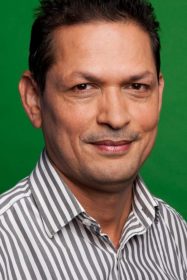 At the 2018 INFORM News Media Summit, Mark Ritson – Professor of marketing at Melbourne Business School and an influential voice in the advertising landscape – issued a warning to the TV networks. He claimed that Facebook and Google would soon begin “cannibalising” wider media opportunities, as they’ve reached an impasse with digital revenue from newspapers and magazines.

TV – the “traditional” platform – has held it’s own against the powers of the Duopoly, or even FANG (Facebook, Amazon, Netflix, Google), in other regions, so why should Australia be any different?

The Power of TV

In today’s digital age, marketers are spoilt for choice when it comes to choosing which channel to distribute their ad creatives. TV is famed for its reach – latest figures from the Australian Video Viewing Report from Regional TAM, OzTAM and Nielsen show that 19.64 million Australians tune into their in-home TV sets each week – but that’s not all it can do. TV is also a performance-marketing channel, allowing marketers to choose which spots will help to drive the ideal response.

By measuring TV spot performance, marketers can now understand, in real time, how their chosen strategy has delivered against days of the week, time of day, network or audience segment. This delivers crucial insight into how marketers can maximise their ad spend and optimise the placement – whether it’s through search, site visits, app activity, SMS or any other touch point. Only then can brands move forward and tailor their TV campaigns to reap the best response.

The Future of TV

TV has a plan and believe me it doesn’t involve being “cannibalised” by the almighty four. We can expect the Australian TV market to mature in other ways; the current focus is on developing sophisticated and effective performance analytics.

It’s these measurement technologies that will be the stepping-stone to greater innovation across the TV landscape, not the involvement of FANG. From here the market can then continue to evolve with the introduction of new TV technologies such as the advent of addressable TV – increasing TV’s reach to a plethora of households while broadcasting different ads to each, rather than relying on digital presence alone.

But with influencers such as Ritson claiming, “the real battlefield for TV is [only just] starting to emerge,” it’s no surprise the industry is paying attention to FANG’s movements. The Australian TV market should focus on working in tandem with the Duopoly – and ensure that the “rivers do run gold again.” By marrying TV and digital, we can create a complementary mixed media model that successfully drives offline and online response, improving search activity and capitalising on the rise of second screen activity.