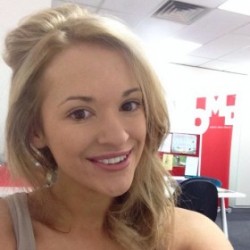 In the ad, Eva Longoria is prancing around sans pants eloquently purring ‘my passion, my cat, my choice’ whilst feeding her four legged comrade; makes you wish you looked that sexy while dishing up fishy chunks to your cat, doesn’t it?

Put simply, the marketing assumption behind this incongruous celeb-brand pairing is that we’re: 1) seduced by Eva’s passion for her feline relationship and 2) want that same adoration for our kitty, who clearly deserves nothing less than Dine too. Unfortunately for the actress, she slipped up and admitted she doesn’t even own a pet cat, woops! So how can we trust Dine? Eva isn’t ‘passionate’ enough to have a cat. Even worse, feline-free Longoria is on PETA’s hit list for wearing fur, ruining much of her credibility of being an animal-loving poster girl.

What seemed like such a simple formula for marketers – high profile celebrity + ubiquitous product plugging = huge profitability and brand affiliation – perhaps is no longer a sounded strategy and instead a potential minefield with minimal tangible benefit.

In the era of social media, consumers’ relationship with traditional media is ever-changing; so are we still willing to trust our favourite star’s choice of coconut water or latest diet supplement? It’s time for marketing departments to weigh up the true value of celebrity endorsement and whether quite simply, this antiquated model is, over-exposing the already overexposed.

Tiger Woods is a textbook case; at the height of his popularity he was endorsing over ten companies at once. When Tiger’s public image crumbled following his infidelity scandal in 2009, Gillette, Accenture and Gatorade were a few of the many brands to swiftly capitulate and dump the troubled golfer. They were paying top dollar to essentially have Tiger personify the image of their company; not so much anymore when he’s embroiled in numerous sex allegations.

As it turns out, the proverbial expression ‘any publicity is good publicity’ isn’t always such a solid argument. According to Sports Illustrated’s Fortunate 50 endorsement ratings list, Tiger’s income fell to $54.5 million in 2011 from a whopping $105 million in 2007. Sure you could say Tiger’s credibility as the wholesome family man we knew and loved was instantly compromised, but if anything it begs the question – was Tiger really willing to endorse just about anything to make a quick buck? In juggling his many endorsements for multiple companies, Tiger was already overexposed and ironically devalued those brands by spreading himself too thin as a product-peddling player. Did Gillette or Gatorade have a contingency plan intact prior to the fall out? Probably not.

In the event that a brand-celeb pairing suddenly sours, consumers can lose faith in reputable brands pretty quickly. Increasingly, social media outlets such as Facebook and Twitter are making us feel a stronger and more personal connection to our favourite celebs – they’re just like us, they eat take-out, get drunk and occasionally get caught out doing stupid things; they’re only human, right? We can forgive. However brand confidence is hard to repair in an already competitive marketplace. Consumers are also getting smarter, they’re not so quick to believe in every celebrity endorsement, paid tweet or sponsored product placement especially when celeb-product marriages can be falsified.

I’m still upset at Dine for lying to me, Eva seemed so genuine endorsing processed meat for her imaginary kitty; so I think I’ll stick to Whiskas, thanks. Then again, perhaps our culture’s obsession with celebrities wants to overlook the authenticity of advertisements like this; but is it worth taking the risk and damaging your brand reputation? It’s an expensive gamble and don’t get me wrong, it does have the potential to work.

Celebrity endorsements allow products to stand out from surrounding clutter, enhance brand recall and can be leveraged across multi-channel experiences. Top athletes, performers and Hollywood heavyweights are extensively emulated by the average consumer. So there’s a good chance we’ll buy Pepsi because let’s face it, Beyoncé is the queen of cool. But getting back to that seesawing equilibrium, social networks are uncovering more truths than ever about our favourite celebs, the incessant of celebrity gossip is 24/7.

CMOs take note, this type of marketing is unceasingly more transparent, amplifying that potential minefield; so it’s probably not worth dropping a few thousand to get that tweet out. But then again, who am I to say George Clooney isn’t really sipping his morning cuppa of Nespresso or Jessica Simpson lathering on budget skincare products? I’ll leave that decision up to you smart media folk, maybe I’m just bitter at feline-free Eva.