In this guest column, Publicis Media Exchange managing director, Sarah Keith (pictured below) says Social TV is the next big thing and Aussie agencies need to prepare for the opportunities…

The scene: Bachelorette is about to begin and the teenagers have one eye on the show and the other on their smartphones where they are Snapchatting, gramming on Insta, or even watching something else entirely on YouTube, everyone is loving Wengie right now. I am catching up on the day’s “news” via Facebook on my tablet. My partner is on realestate.com.au but I know he will be checking out old Bardot clips later. 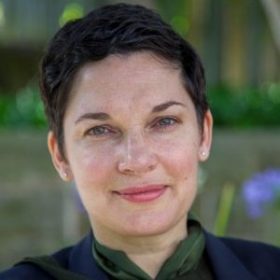 Forget multi-tasking, the word du jour is multi-screening and Australians are world experts – we now have an average of 6.4 screens (Australian Video Viewing Report) in our homes, the majority of which are internet capable.

The latest Australian Video Viewing Report reveals that even though broadcast television is still dominant with 85.1% of us tuning in each week, a whopping 75% of Australians over the age of 16 multi-screen while watching TV. The report estimates 84% of Australians aged 14 and over have a smartphone, up from 80% last year, while 50% of homes have tablets. Even back in 2011 (ancient history!), Google reported that globally there was more access to mobile phones than toothbrushes.

Millions of us now share our TV experiences on social media either while the show is being broadcast or when we watch on one of the catch-up services. More than aware of this, TV networks and rights holders are increasingly sharing video clips on social platforms to monetise engagement and drive tune-in.

You only have to look at the ridiculously successful IPO debut of Snapchat to see the appeal of social. In its first day of trading in the US in March, its shares surged 40%, valuing it north of $US30 billion and making it the biggest IPO in the US since the Alibaba Group in 2014. Never mind that the company lost more than $US500 million during a spending investment spree, it’s the revenue growth that has piqued the market’s interest – the five year old company has seen revenue grow to upwards of $US400 million. And it’s time spent using that has advertisers interested – those under the age of 25 spend an average of 30 minutes on Snapchat every day.

And it was not surprising then that Network Ten unveiled a jungle-themed Snapchat lens for fans of I’m A Celebrity… Get Me Out Of Here! to celebrate the launch of the show’s new season earlier this year.

In much the same way that multi-tasking is considered a skill that is integral to career success, multi-screening is a marketing tool that is integral to broadcasting and advertising success, and never has the opportunity been greater for the networks to capitalise on the social element that exists within their programs.

There is huge value to advertisers in exploiting how consumers are engaging with TV content that is not currently captured with traditional ratings. Nielsen Twitter TV Ratings go some way to solving this but the entire social TV conversation must start to be captured to show what we all know to be true – although traditional television ratings show a decline, the value in deeper engagement is rising exponentially.

There are four types of multi-screen behaviour according to Microsoft’s Cross Screen Engagement report:

The report concluded that to succeed in a multi-screen world, marketers must create content that enables personal engagement across TVs, PCs, consoles, tablets and mobile devices and that “each device requires a different approach; for example, messaging on TV is the best way to deliver an emotional story and achieve brand building. Mobile advertising should feel like it’s adding value rather than creating an interruption for the consumer”.

It’s vital that we continue to value and capitalise on both the eyeballs on the TV and the engagement on digital devices.

A couple of years ago the Seven Network conducted a research project with Neuro-Insight to discover the impact of social media interaction on viewers’ engagement with 1st and 2nd screens. What they learned was that all that extra screen activity does not distract our attention from the television show. In fact it increases engagement.

Viewers recruited for the study were typical social TV participants, monitored though hidden cameras as they watched a live broadcast. Any interaction with social media occurred naturally and engagement could be measured directly, rather than relying on participants’ recall.

Social TV is here and is happening every night in Australian homes. While TV advertising remains the recipient of the lion’s share of ad dollars, it cannot be news to anyone that that spend is under more threat than ever.

We have all instinctively known for some time that the viral effect of social media and its impact on monetisable TV viewership is vast and unlimited. The research is now unequivocally backing up those instincts.

To maximise engagement marketers need to ramp up their connection plans across devices and networks, commit to innovation and automation around targeting and placements, share their multi-screen strategy on all major digital pillars – and keep pushing hard for syndicated cross-device measurement.