Kontented CEO Kate Edwards came up with the idea to create what’s being dubbed “a Netflix for young people” while on maternity leave and is now growing the company at a rapid rate thanks to support from the NSW government.

The company recently secured a $300,000 loan from the state government through Jobs for NSW to help it scale and grow to more than 50 full-time staff members in the next three years.

Since December, Kontented has grown from five to 15 full-time staff, as well as engaging more than 15 contractors and hundreds of freelancers.

The company also recently secured a partnership with APN News and Media as the official youth broadcast channel on Catch – a free in-transit content player to be used as part of a Sydney-based trial.

Edwards said she hopes to create a sustainable content marketplace where creators and makers of quality content have a path for distribution, which will in turn create jobs and steady growth for the creative industry.

“The hardest audience to find is a young audience, and we aim to be the Netflix of short-form content for young people,” she said.

“Rather than go to Facebook we want them to check out SnackableTV, because there is no opinion, no likes, no trolls – just good content.” 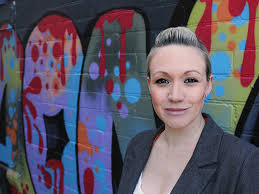 Deputy Premier and Minister for Regional NSW, Small Business and Skills, John Barilaro, added: “Kontented is a great NSW start-up which launched its SnackableTV platform just a few months ago, but has already had more than six million views, most of those from the 13- to-17 age group.

“Any parent with a teenager knows that they can sometimes be easily distracted, so the short-form content provided by SnackableTV is ideal, covering everything from music to film and gaming, along with fashion, beauty and lifestyle, as well as podcasts.