Advertise with us
Posted 8 February, 2018


The UK’s advertising watchdog appears to have double standards when it comes to ruling on sexism in campaigns involving men and women.

The Advertising Standards Authority (ASA) reportedly received 120 complaints over a Paco Rabanne commercial showing a young Adonis getting naked for a bath while a group of women watched on in awe.

People argued the ad sexually objectified the man and was offensive, but the ASA ruled against banning it, saying the man’s attractiveness was displayed in a “light-hearted, humorous way, rather than in a degrading or humiliating manner”.

“The ad did not objectify the male character and we concluded it was unlikely to cause serious or widespread offence,” the watchdog said.

Meanwhile, a retro-style poster for Tunnock’s teacakes also caught the attention of the ASA, which showed a female tennis player hiking her skirt to reveal a thigh and a little bit of her knickers. 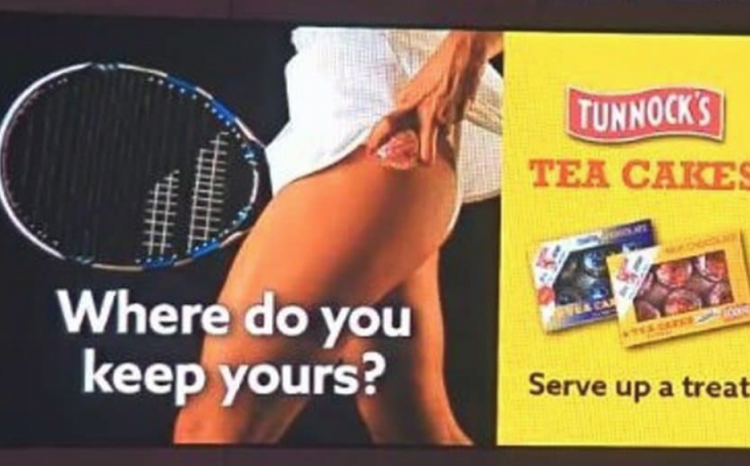 It got just a single complaint, but the ASA banned it anyway, saying it was “socially irresponsible” and objectified women in a way that could cause “serious offence”.

“We noted the ad depicted a woman lifting her tennis skirt while holding a tea cake beside her hip, in place of where a tennis ball would usually be held, with her bare thigh exposed and her underwear clearly visible,” the watchdog said.

“While we acknowledged the ad was placed opposite an arena hosting a tennis match, we considered it nevertheless bore no relevance to the advertised product.

“We considered the phrase ‘serve up a treat’ would be understood to be a double entendre, implying the woman featured in the ad was the ‘treat’, and considered this was likely to be viewed as demeaning towards women.

“We considered that although the image was only mildly sexual in nature, when combined with the phrase ‘serve up a treat’, it had the effect of objectifying women by using a woman’s physical features to draw attention to the ad.”