With 21 grand slam titles under her belt Serena Williams has posed for New York Magazine fashion issue in a form-fitting Elizabeth and James black dress and not much else.

The champion posed for the magazine to promote her new season fashion line- the Serena Williams Signature Statement Spring 2015 collection.

Speaking to journalist Kerry Howley about her plan to move from professional tennis to fashion post-career, Williams told Howley she doesn’t hold onto her countless trophies.

“I have lots of trophies, and I’m just — I’m not that person that needs to see all these trophies,”  Williams said. 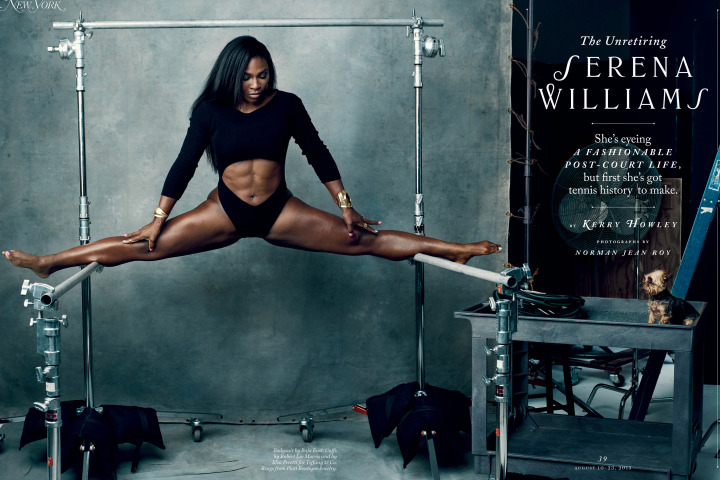 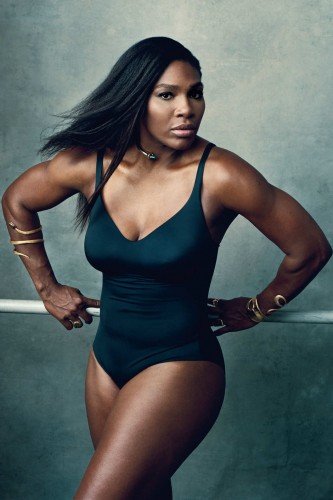 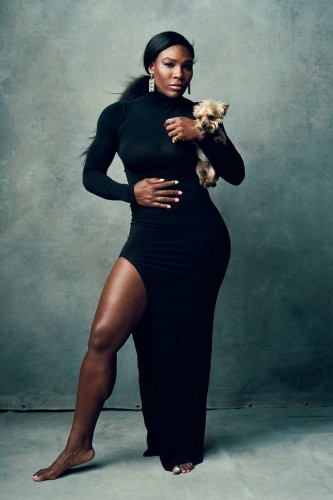 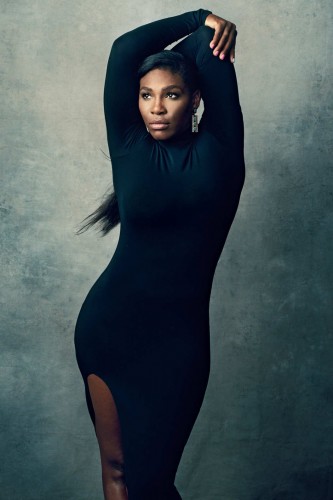 In talking about the haters, including people who compare her skills and looks to a man, Williams said:“I don’t think about it, I don’t dwell in the past. If I do, I’ll be swallowed up by negativity. As Mandela once said, ‘I will be in a mental prison.’ ”

They’ve compared #SerenaWilliams to both a gorilla & a man but all I see is a beautiful woman & an amazing athlete. https://t.co/v412Zgz3WL

This is beauty #SerenaWilliams pic.twitter.com/r5ABZQLE7W

Serena kills it. Her strength and confidence is undeniable. #serenawilliams pic.twitter.com/Ntlv2C8zPd

Now those are some abs. #serenawilliams for #nymag#mondaymotivationhttps://t.co/PkDI8G5SpI