Mike Adams (pictured below) is a business storytelling specialist and author of Seven Stories Every Salesperson Must Tell. Adams has managed sales teams for international corporations such as Schlumberger, Siemens, Nokia and Halliburton. In this guest post, Adams offers his expert tips on selling yourself to sell the business…

Easy rapport building is the hidden skill of the best salespeople. Their client’s keep coming back for more business and go out of their way to refer them to friends and colleagues. And those recurring clients are many times more valuable than single-transaction clients. 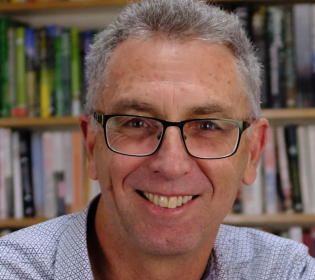 Have you ever wondered how some people seem to effortlessly reach their sales targets? How they have steady flow of easy, friendly business? These salespeople make the most money, are the most valuable employees and love their job, to boot!

Ben Feldman was a high school dropout who became possibly the greatest salesman in post World War Two America. In a career spanning 50 years, Feldman wrote $1.8 billion in life insurance policies. In 1992, in his 80s, Ben suffered a cerebral edema. While he was critically ill in hospital, his employer, New Your Life, decided to create a sales competition in his honour, to be called “Feldman February”. The inaugural winner of “Feldman February”, was …. Ben Feldman! He closed $15 million worth of insurance from his hospital bed. Do you think Ben was making cold calls from his hospital bed? Of course not. He was calling friends –  the legion of clients that he’d established lasting rapport with over a lifetime.

Building rapport by exchanging personal stories is not well understood. Mike Bosworth, author of the classic sales textbook Solution Selling told me that for most of his 30 years as a (legendary) sales trainer, the conventional wisdom was that rapport-building “could not be taught”. Mike changed his mind on this topic only late in his career. The secret is to tell a story in a couple of minutes of how and why you do what you do. If you include personal events in your story and if your story is honest about the setbacks and vulnerabilities of your career, all the better. Because the purpose of telling your story is to get in a position to say:“Well! enough about me, what about you? How did you get to do what you do?”

That question passes the baton. If you’ve been open, honest and vulnerable with your story, you’re likely to receive an open story in response. It’s this story exchange that initiates rapport.

I trained as an electrical engineer and was working in England in the mid-1990s as a rock-physicist when I was offered a corporate role selling software and a transfer to Norway. I did not want to be a salesperson and my wife was eight months pregnant at the time but the lure of Norway and our spirit of adventure won out! Furthermore, I would have returned to a technical role if I hadn’t closed the luckiest deal in history in my first year. It’s the surprising turning-points that make your career back story interesting and encourage your future client to respond with an open story of their own.

By now you may have some questions. Like, is it really worth putting this much effort into a personal story? And isn’t the whole process manipulative? Yes, it is worth the effort, because it will become the foundation of every effective business connection you make. And yes, in a sense it is manipulative. We’re presenting a view of ourselves that we’ve spent time crafting. We’re not telling the full story, because that’s not possible, and we’re not dwelling on things that would undermine our authority. The interesting thing, though, is that these stories are like lie detectors. When we tell a story about something that happened to us, we relive those moments and the emotion of those events comes out in our voice. If we’re telling a true story, the voice tone is authentic. If it’s not true, that too is detectable.

We select moments that actually happened in our lives and deliver them authentically as a way to connect. The listener re-creates and co-experiences the events our story with us and becomes connected to us. It’s the first step to friendship. If you think about your close friends, they know your story, and you know their story.