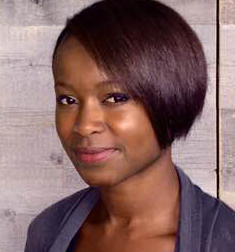 Rocket Fuel now has 24 offices worldwide including New York, London, Paris and Sydney, and is rapidly expanding to other APAC regions in 2015. Since launching in Australia in July 2014 with industry expert JJ Eastwood as MD, Rocket Fuel Australia has gone from strength to strength running campaigns for a number of high-profile clients across the telco, banking, travel and retail sectors.

With more than a decade of digital media experience, Elizabeth Adeniji brings a unique mix of knowledge in performance media, data and programmatic trading. Prior to her time at Fairfax, she held a number of senior positions both here in Australia and in the UK including senior sales manager at Mi9 and Microsoft UK.

Adeniji said that while Rocket Fuel is ‘starting up’ in Australia, she was convinced they were on the cusp of becoming the preeminent market leaders, replicating their success in the US and Europe. “I have been very impressed by Rocket Fuel’s technology and the vast opportunities we can now offer Australian marketers. It is incredibly exciting to join such a rapidly growing business like this,” she said.

Group sales manager, Elizabeth Shaffer, joins Rocketfuel from Cadreon where she held the position of NSW sales manager. Prior to that she was senior account manager of Yahoo!7 in Sydney and held a number of roles in the US including senior account director for MySpace.

“This is a great opportunity to be in at the beginning of something special,” she said. “We know Australia is one of the globe’s most advanced markets for automated trading, and this role puts me right at the front of that race,” she added.

Rocket Fuel’s Australian MD JJ Eastwood said 2015 was shaping up to be a hugely successful year for the business. “The success of any organisation lies not only in the product, but also the calibre of its employees. There are very few people in Australia with the extensive direct response and programmatic trading experience as Liz Adeniji and Liz Schaffer. I am thrilled to have them join the Rocket Fuel Australia team,” he said.

“Rocket Fuel is by far the most advanced ad technology business to enter the Australian market since Google back in 2002. Our goal is to revolutionise the digital media industry by providing customers with unparalleled return on ad spend and best in class customer service,” he added.