“When media and creative went their separate ways it was media who took all the cash” is a tried and true idiom often bandied about in Australia’s agency land.

However, if M&C Saatchi’s purchase of media agency Bohemia last week (which it allegedly got for a song) is any indication then it appears church, state (and the cash) are heading back under the one agency roof.

As one CEO of an agency in one of the large holding groups recently told B&T: “We just don’t talk about individual agencies any more, it’s the business as a whole, it’s the rise of the super group, that’s what we offer our clients now.”

Yesterday, Publicis Communications announced a management shake-up in Australia and its global CEO, Arthur Sadoun, referred to it as the “the power of one”.

“The Power of One (enables Publicis) to deliver to all of our clients seamless end-to-end solutions that draw on our world-class expertise and resources, no matter where they may be located,” Sadoun said.

And a new report by global consultancy firm R3 has revealed why a media business is arguably a better option than a creative one (and both together is better again). 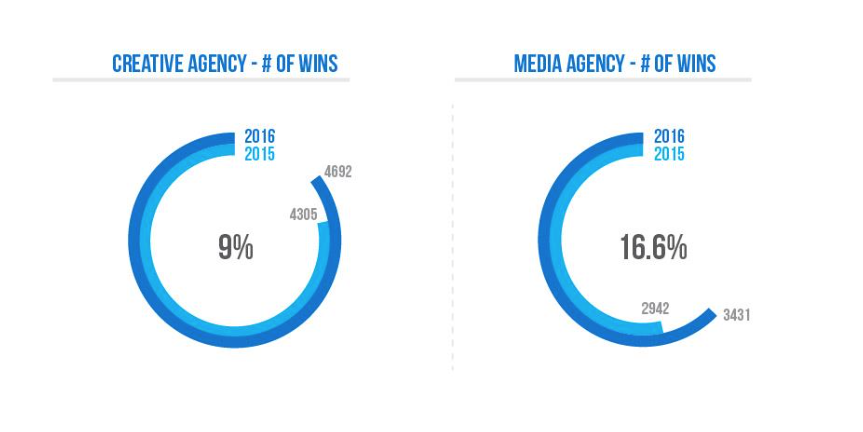 Revenue added from new business wins rose by 9.5 per cent for creative and digital agencies, however, despite the number of wins revenue for media agencies actually fell 13 per cent in 2016.

R3 noted in its report: “Rather than becoming the year of ‘Roster-palooza,’ 2016 could really be called ‘Media-Palooza,’ Part 2. The second half of the year saw big spenders like AT&T, Fiat Chrysler and 21st Century Fox making decisions about their agency partners.”

Globally, media agencies saw their revenue added by new business actually decrease by 13 per cent over 2015. However, in the US, that percentage was a staggering 44 per cent, R3 found. 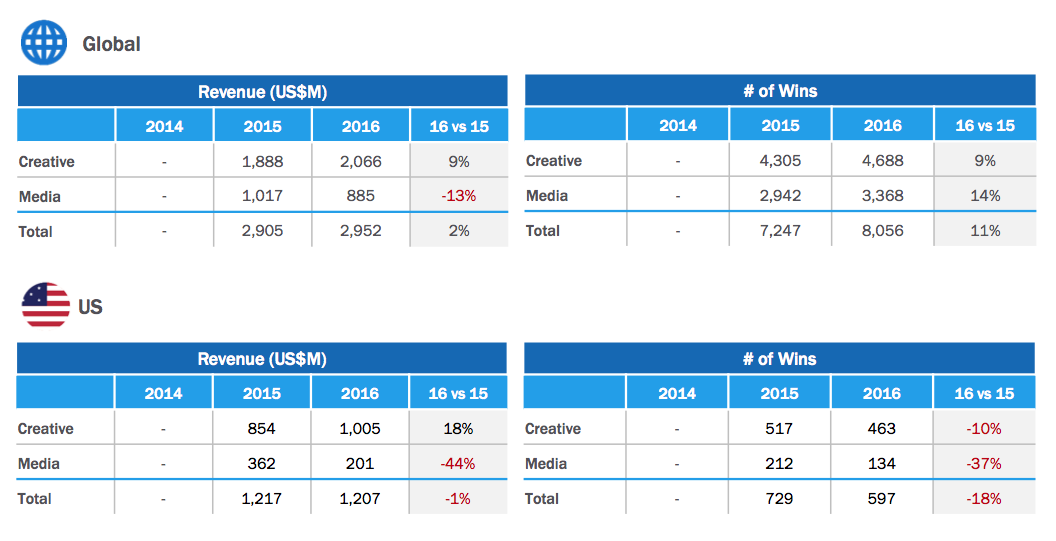 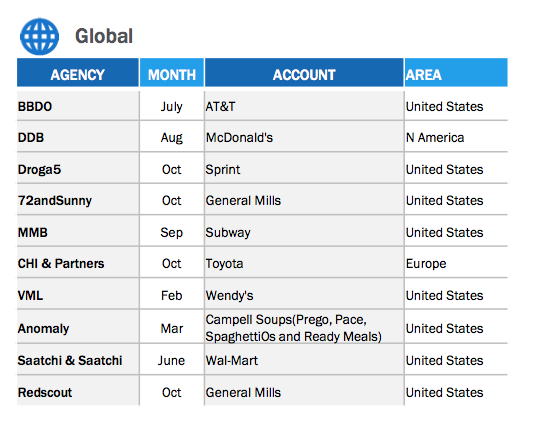 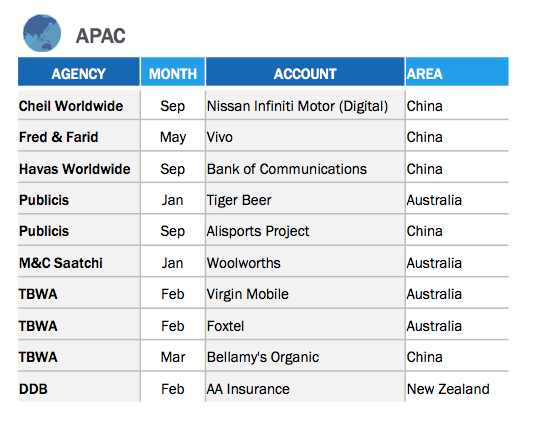 The global media tables tell a similar story, with Omnicom’s Hearts & Science winning the media portion of the AT&T business, keeping them on top in the US for the remainder of 2016, and second only to PHD’s June Volkswagen win on the global chart. 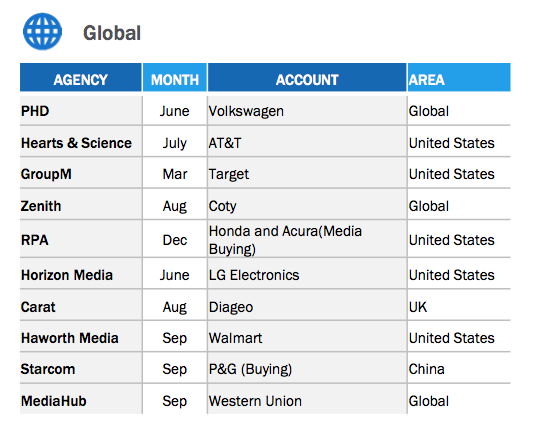 While media wins in the APAC region for 2016 saw the list dominated by Chinese agencies, sans any Aussies. 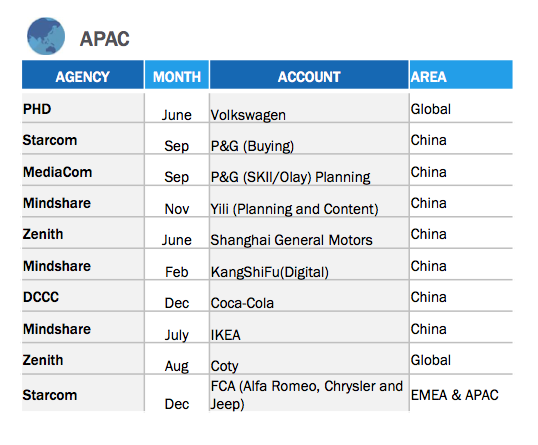 Globally, R3 found BBDO ended the year in first place amongst terms of revenue among the creative and digital agencies, while Ogilvy leads in APAC and China. Ogilvy saw most of their wins from new business come in the first half of 2016 with big wins from Motorola and GSK, but their big Vodafone win helped them close the gap in the final month globally.

BBDO extended its VW relationship in Brazil in December, helping it stay in a leadership position.

For media agencies, R3 reported that the second half of 2016 saw a huge surge in the number of media accounts changing hands in the midst of somewhat of a transparency crisis in the industry.

R3 reviewed more than 3,400 wins from 80 different media agencies to build a comparative performance of new business analysis, with more than 2,000 of those wins coming in the second half. PHD’s VW win and 185 others allowed it to finish the year in first place in terms of revenue in the global chart, closely followed by Omnicom’s Hearts and Science.

In China and APAC, Mindshare and Zenith took the lead.

When it came to the holding companies, R3 found Omnicom dominated the overall results, adding a staggering 6.5 per cent to their overall revenue through this year’s new business development, almost $US1 billion. WPP was relegated to second place, with both Dentsu and MDC return the next best results as a percent of their 2016 revenue base.

In the APAC region (that includes Australia) R3 found that WPP was the top performing holding company.