In this guest post, GM of financial services agency Yell, Helen Harris (pictured below), says with the advance of martech, marketeers need to be one step ahead of the game if they want to remain relevant…

According to the Australian Bureau of Statistics, 1.4 per cent or 268,000 of Australians aged 15 and over reported being retrenched from their last job. Add to that five million jobs — almost 40 per cent  of Australian jobs that exist today — could disappear in the next 10 to 15 years because of technology, according to analysis by the Committee for Economic Development of Australia. 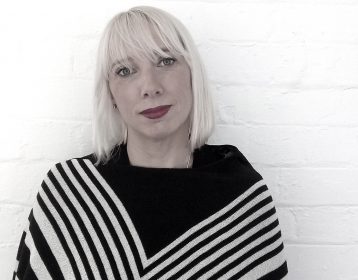 In 1965 Gordon Moore the co-founder of the Fairchild Semiconductor and Intel published a paper observing that as technological power doubles, the cost of technology is halved every two years. What has become known as ‘Moore’s Law’, essentially means that innovation in technology will continue to accelerate.

One of those disciplines most keenly impacted by the rise of technology is marketing. Martech is disrupting both agency and marketing roles, changing engagement models and career progression.

When I started out as an an agency account manager, the role was essentially a ‘dabbler’, meaning you were required to wear many hats in addition to managing client relationships, strategy and project management. You needed a good understanding of media, production and creative to have informed conversations. Over time however, the scope of the role began to shrink as specialists appeared, such as the strategic planner, who were much more focused and much more expensive.

Today, the impact of technology and the acceleration of change has seen a proliferation of these roles, focused on specific channels, all of which are increasingly siloed. Put in the context of a marketer and these changes are even more pronounced. The proliferation of data, personalisation and the emergent technologies such as virtual and augmented reality, machine learning, AI and the Internet of Things is placing greater pressures on those charged with growing the bottom line to be across all of these developments.

The world of ‘always there’ is here

In addition, consumer needs and the nature of service delivery has significantly evolved. Where marketers were once just asked to deliver big brand and sales driven campaigns, the emergence of multiple channels, technologies and increased personalisation mean that one big broadcast idea won’t fly anymore and that multiple test and learn applications of an overarching creative concept is becoming the norm.

With the advent of ‘always there’, technology-led models, marketers need to develop a more collaborative and continuous relationship with the consumer. To achieve this they need to adapt to the rapid evolution in martech to support the customer experiences consumers are increasingly demanding. The age of the multidisciplinary marketer is well and truly here.

Agility is the name of the game clearly, but it’s important to stress there isn’t a one size fits all approach. With this almost continuous change of both skills and application, having a plan on how to future proof your career is now a necessity. But the pace of change is now so rapid that many marketers career plans become redundant pretty quickly.

Instead, planning should be focused on the ability to adapt and embrace the new and build resilience to change. In essence, it’s empowering you to plan for things you can’t plan for, knowing that this is normal and actually can be exhilarating, if a little scary at times.

Being curious, looking for inspiration out of your network and immersing yourself in the latest tech trends is one way marketers can arm themselves an tackle digital disruption head-on. But it’s important to remember that technology is a tool. The one thing it can’t replicate is a marketer’s ability to provide insights through empathy, emotional intelligence and creativity (well at least for now).

As the statistics show, technology is already forcing changes in Australia’s employment market. For marketers to avoid joining the 40 per cent of jobs that will disappear in the next 15 years due to the technology revolution, decisive action needs to be taken now.