Does your brand try to be overly cool? Politically correct? Too political, even? Well, according to a new study, people find it annoying, particularly when it involves social media.

The study, by US social media software firm Sprout Social, interviewed 1000 consumers to see what kind of messaging on social media prompted them to take action. You can download a copy of the study here.

Chief findings of the study included:

• Honesty was the most sought after trait from brands, while brands who tried too hard to be cool where a distinct turn-off
• 71 per cent of consumers found overly-political brands “annoying”
• 88 per cent of consumers didn’t like their favourite celebrities being mocked
• 75 per cent appreciated humour from brands, although admitted humour didn’t necessarily prompt them to buy anything
• On average, one in 11 consumers got a message back from a brand on social and it took 11 hours for the brand to respond (note: the study was done in the context of the US market)

One thing respondents didn’t like was when brands where sarcastic or too snarky. The following graph shows the most favoured behaviours of brands on social. 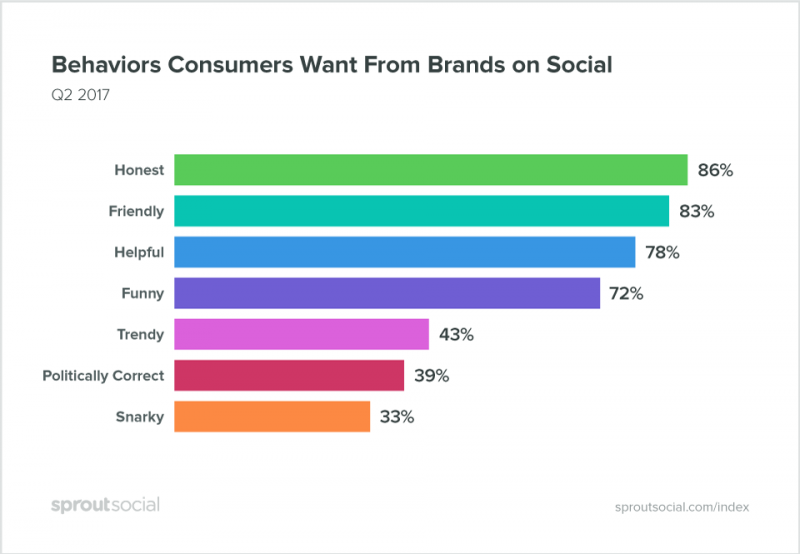 When it came to giving a brand a “personality”, respondents didn’t appear all that interested. The one category they did think should have personality was “media/entertainment” and then it only scored at 54 per cent. 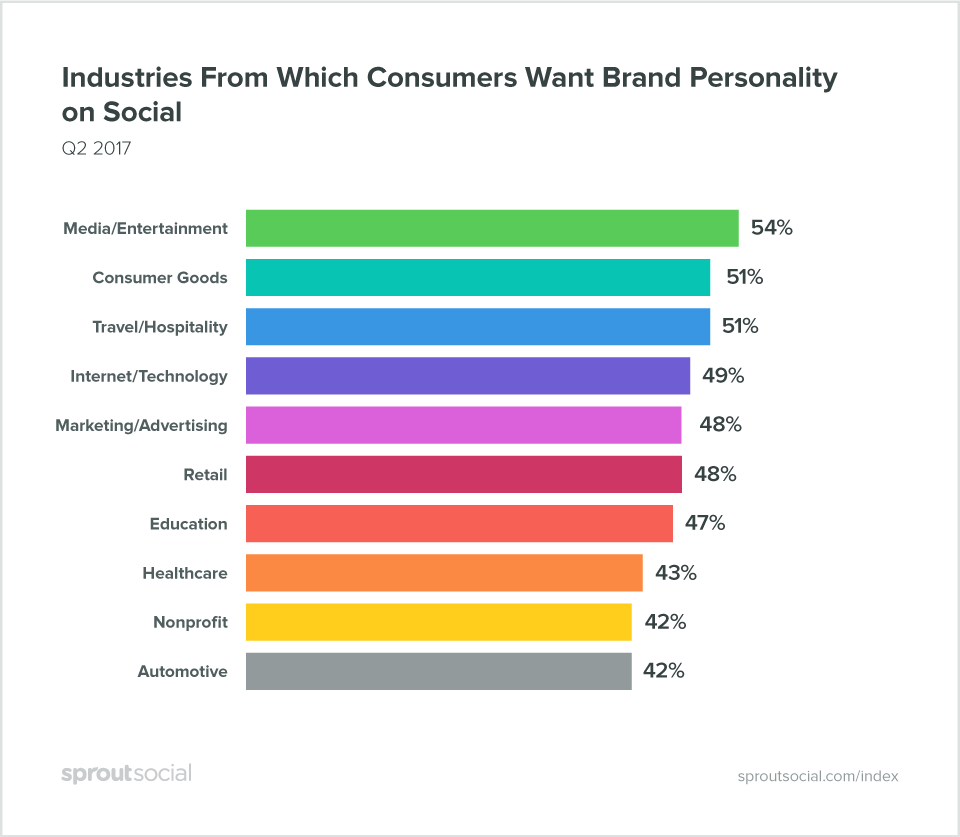 There also appears to be more freedom on some platforms than on others for brands to express themselves. According to the report, more users seem open to seeing brands’ personalities on display on Facebook than, say, YouTube. And it was bad news for Snapchat – with report showing consumers didn’t want too much personality from the platform. 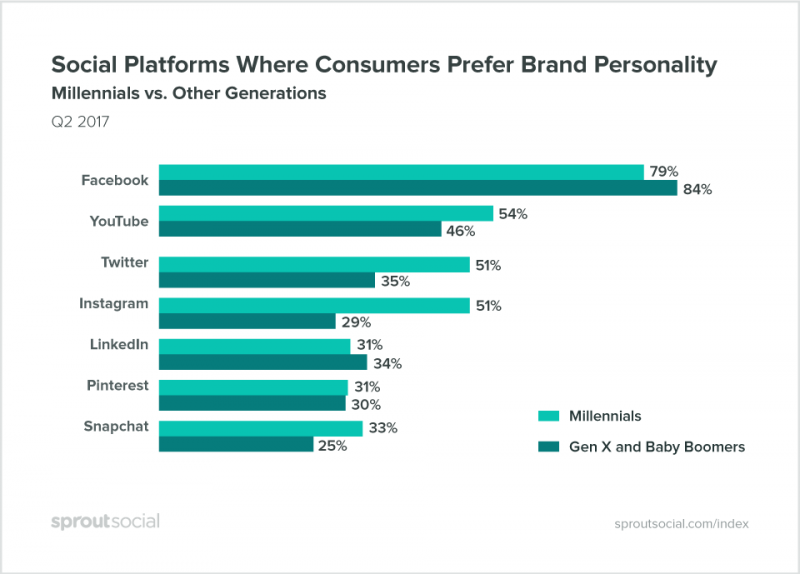 The report noted: “Regardless of who you’re targeting, certain brand behaviours can come across as annoying rather than cool or entertaining.”

When it came to being “cool”, being overly-political was definitely out with 71 per cent of respondents agreeing it was uncool or annoying. But brands don’t have to shy away from other cultural moments: two-thirds of consumers think it’s cool for brands to talk about world or pop culture events.

“Not surprisingly, how your brand does social is just as important as what you talk about. With the rare exception, steer clear of disingenuous slang – nearly seven in 10 consumers find slang from brands irritating,” the report said. 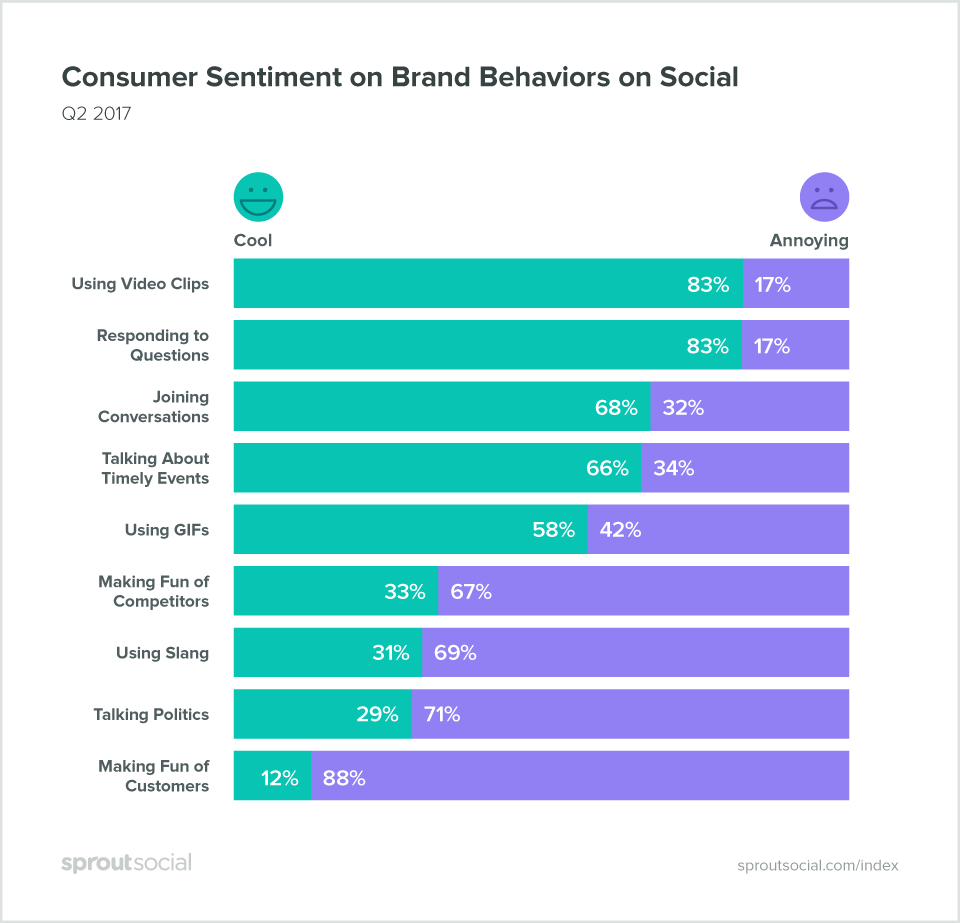 Millennials were 25 per cent more forgiving of brands who used slang while they also found brands who made fun of their competitors 20 per cent cooler and “making it clear that if they are your brand’s target audience, you have more room to experiment with cheeky social behaviours”. 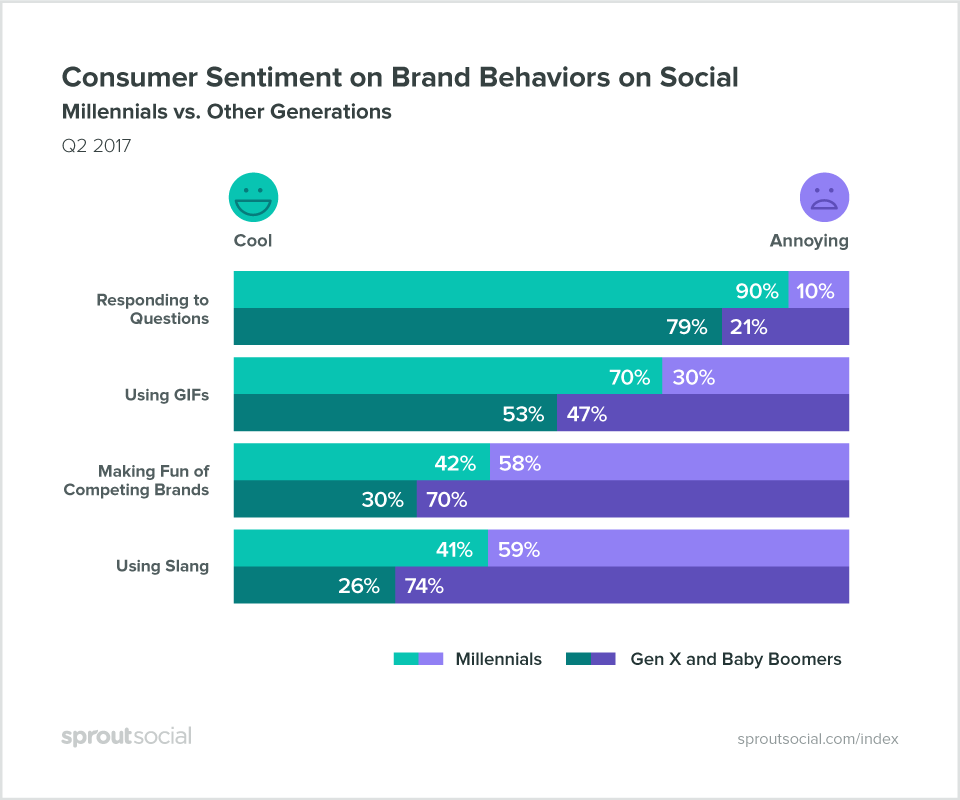 Finally, when it came to brands who tried to be too cool, the report said: “The limelight most often falls on big brands with big social personalities, but what’s in it for the rest of us? While 75 per cent of consumers believe there’s value in brands exhibiting humour on social, only 36 per cent are willing to purchase from brands they believe are funny.

:And those brands have to bring it, because funny can quickly slide into annoying if not fresh, relevant and interesting. That’s a big problem when 50 per cent of consumers say they would un-follow a brand that annoyed them on social and 23 per cent would walk away from your brand completely by vowing to never buy you again.”