Megumi Miki (pictured below)  is a leadership and culture specialist and author of the upcoming book Quietly Powerful: How your quiet nature is your hidden leadership strength and  Start Inspiring, Stop Driving: Unlock your team’s potential to outperform and grow. In this guest post, Miki

What’s more common – hearing people complaining about their bosses or praising them for good leadership? 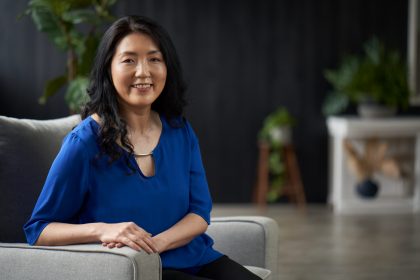 Dr Tomas Chamorro-Premuzic, author of Why so many incompetent men become leaders (and how to fix it) refers to a few studies which show that we still have a significant leadership gap in organisations:

If this is a trend, surely we are missing something in how we identify and develop leadership talent? What may be surprising is that some of the best leaders may not have aspired to take up senior leadership positions.

The 29 Quietly Powerful leaders interviewed for the book, Quietly Powerful, highlighted that many were reluctant leaders and yet have successfully stepped into leadership and made positive impacts. They never thought of themselves as leaders initially. Someone – a mentor, a manager, a senior leader – saw something in them, encouraged and gave them opportunities to step into leadership.

What makes these reluctant leaders powerful are that:

Organisations are overlooking talent right in front of their eyes

Organisations and leaders often look for ambitious people and those who say they wish to lead as potential leaders. Reluctant leaders – those who may not put themselves forward or promote themselves, those who may not appear confident, those who may even say that they are not interested in leadership roles even if they are highly capable – are taken off the ‘potentials’ list.

Professor Adam Grant, Wharton organisational psychologist and author of many books including Give and Take, says that senior leaders promote the wrong leaders because they overestimate their ability to judge leadership talent and get fooled by the more self-centred ‘takers’ who tend to be better self-promoters.

Dr Tomas Chamorro-Premuzic, mentioned earlier, says that we mistake over-confidence and self-absorption as charisma and leadership-material. His concern is that “the result is a surplus of incompetent men in charge, and this surplus reduces opportunities for competent people – women and men – while keeping the standards of leadership depressingly low.”

Reluctant leaders often don’t want the limelight but will step into it if it’s for a meaningful purpose. Some of the leadership issues we are seeing today may partly be a result of overlooking these leaders due to the bias towards style against substance, mistaking a confident appearance with competence, or believing that strong leadership = dominance.

If we were to find, encourage and develop reluctant leaders to step up for a greater purpose that’s meaningful to them, we could:

We have an opportunity to uncover leadership talent we never thought we had by looking beyond first impressions, style and appearances.