Razorfish Australia has secured first place in IAB Australia’s Creative Showcase Round 10.3 with its ‘What #FeelsLikeHome Instameet’ campaign for Qantas.

Second place was awarded to Holler for ‘The Mindful Ocean’ created for Blackmores.

“The Razorfish campaign is a beautiful fit for Qantas.  It doesn’t try too hard to be clever, instead creating an excellent platform Qantas can build on and generating what I imagine was a lot of positive brand equity,” said Lachlan Pottenger, creative director of First Digital, one of the Creative Showcase judges.

The campaign enlisted five of Australia’s top Instagrammers to guide the journey and included professional photographers and everyday Australians.  The campaign resulted in 1,700 photos shared; more than 500,000 likes and reached 5.8 million people. 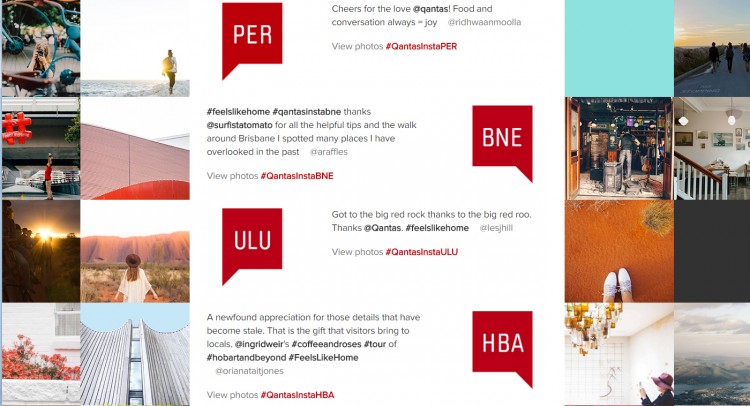 Creative agency Holler stepped into interesting territory with a short meditation game demonstrating how mind and body are intrinsically linked.  Created for Blackmore’s flagship retail store, ‘The Mindful Ocean’ wellbeing check incorporates a headband that listens to the wearers’ brainwaves and measures their emotional states.

The brainwaves are translated into a real-time WebGL ocean visualization, and the wearer is encouraged to control the ocean storm by calming their mind.

“Creative Showcase Round 10.3 included some very ambitious ideas that were really quite beautiful and very well executed,” said Mike Zeederberg, Creative Showcase chair of judges and managing director of Zuni.

The IAB Creative Showcase competition series accepts entries for work completed in the three months prior to close of judging for each round and only one campaign per agency is allowed. The winning entries are showcased at https://www.iabaustralia.com.au/creative-awards/creative-showcase/the-gallery