So much of social media is focussed on having the perfect life, the perfect body, and the perfect image, but life isn’t like that. The reality is that more than 100,000 Australians are homeless, and around 40 per cent of those are aged just 25 or younger.

So, over the past few weeks, Little posted a series of increasingly raunchy snaps to his Instagram account in a desperate attempt to #beamodel and garner superficial attention to himself.

Last night on Ten’s The Project, it was revealed that each of the images of Little had been cropped to frame out reality, like so much of social media does.

He was in fact posing on the streets in front of the toilets kids have to clean themselves in, on a couch to show how many youths couch hop from night to night, at youth homeless crisis centres, on a car to show where many youth sleep, lying on top of a particularly evil form of design called hostile architecture, and at the HoMie store.

He was, of course, wearing (sometimes barely) HoMie clothes in every shot.

Check out some of the before and after shots below: 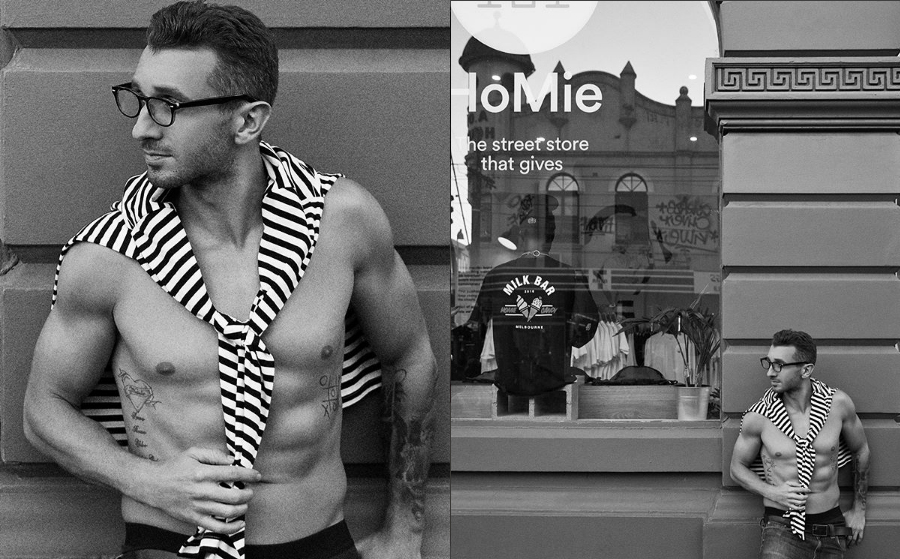 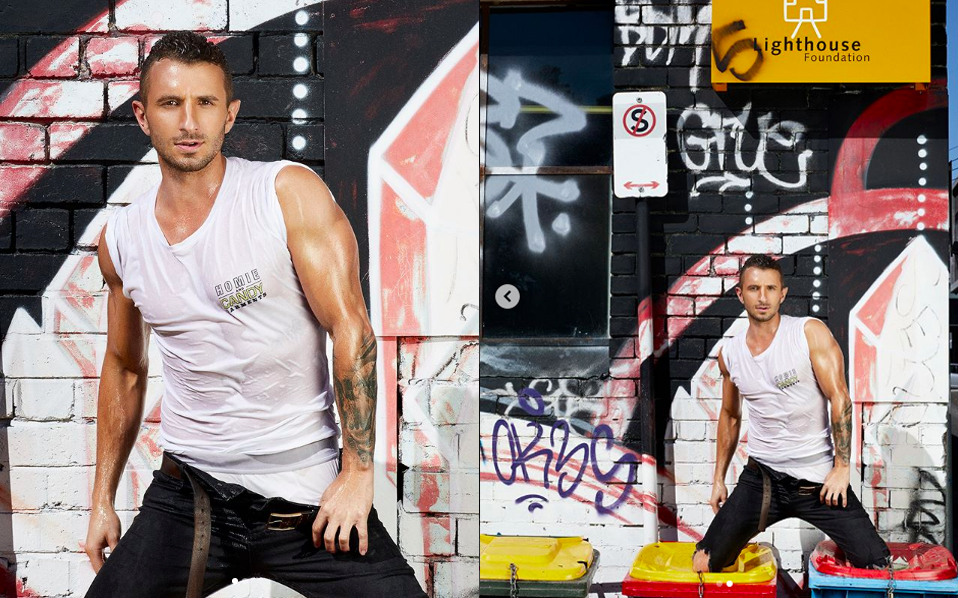