In this guest post, Edge’s media coordinator Isabella Ziino (pictured below), says the recent Fyre Festival fiasco is an excellent lesson in how not to do influencer marketing…

Is this the real life?

Is this just fantasy?

Caught in a landslide,

No escape from reality.

Thank you, Queen, for these wise words that perfectly summarise the present situation. 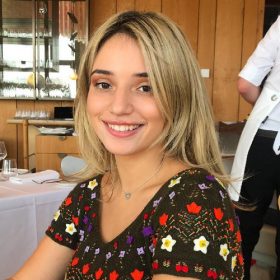 First up, no, influencers on Instagram endorsing untested and misleading products aren’t real life. Yes, it is just a fantasy. And there was no escaping reality for Billy McFarland when thousands of people rocked up to the not-so-luxurious Fyre Festival on an island in the Bahamas in April 2017.

I’m sure everyone is familiar with the Fyre Festival fiasco, but if you’ve managed to avoid the #fyrestorm, here is a quick recap: 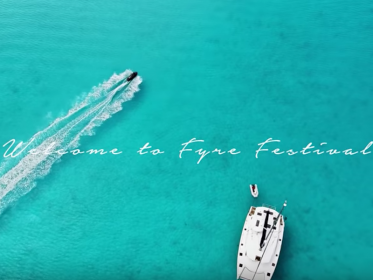 So, how did it all go wrong? Let’s start at the beginning.

First up, some of the most famous supermodels in the world were flown out to shoot a promotional video of them running in slow motion and dancing on yachts. Some footage even included shots from different festivals and parties, portraying Fyre as the perfect festival fantasy. Of course, during their mini getaway, these influencers posted myriad photos of their trips, utilising the power of the hashtag and mentioning the festival itself.

The hook was a series of Instagram posts of a simple orange tile with a caption about the festival, posted by the company’s ‘fyre starter’ influencers. These included the likes of Bella Hadid, Kendall Jenner, Emily Ratajkowski and Yovanna Ventura. While the full extent of many influencers’ financial incentives is not known, it’s important to note that Kendall Jenner alone was paid $250,000 for a single Instagram post about Fyre Festival. These posts led thousands of people to an island with barely any food and water. 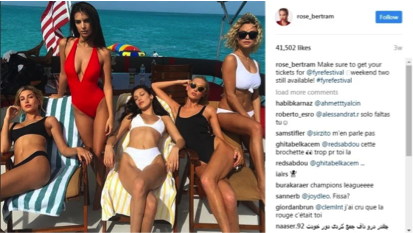 This begs the question: at what point are influencers responsible for the products they promote?

Where was the fact checking? If not the models, surely their agents asked some probing questions – or even asked for hard proof that the event was legitimate? In case you’re wondering, free booze, yacht rides, a fat cheque and the ability to party in the Bahamas, unfortunately, does not classify as hard evidence. Will this be the eye opener we need to shift our trust away from influencer endorsement?

What does this mean for influencer marketing?

It really IS just all a fantasy. You can’t believe everything you see – and this message is doubly important now that we spend so much time on our screens, across so many different (and comparatively under-regulated) media channels.

This is not the only social media influencer scam out there – it’s only the biggest sh*tstorm. Take a look at product endorsements like HiSmile, a device that is ‘supposed’ to whiten your teeth. Or how about Sugar Gummies, the lollies ‘designed’ to make your hair grow longer. Or, my personal favourite, the ‘detox’ or ‘weightloss’ teas, drinks and syrups – or whatever form these untested and unregulated feelgood trappings come in. With the backlash of Fyre festival, we have to hope that society as a whole will finally start shifting their trust from influencers to the first hand opinions and experiences of the people around them. People they actually know. 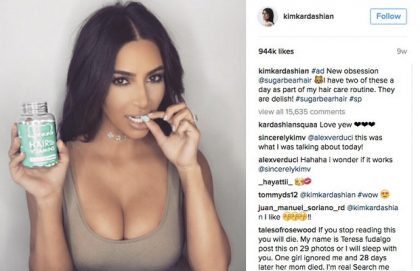 In the wake of the Fyre Festival fiasco, influencer marketing is in the spotlight – as is the often-unadhered-to requirement for transparency. Advertising watchdogs are getting involved to keep our favourite online personalities honest, with breaches occurring alarmingly often. In fact, in the UK, the Advertising Standards Authority has cautioned over 200 influencers for breaking rules around sponsored content, with many influencers failing to notify followers of whether or not content has been paid for.

Instagram and other social platforms have also implemented changes and tightened the rules. Harsher penalties are now in place for those who do not post the requisite #ad in full view, and location tags for paid partnerships are now in regular use. Failure to comply can result in being banned from the platform, a harsh penalty for many who owe Instagram their livelihood.

Hopefully, these harsher penalties will also mean that celebrities and influencers will check their facts before racing into a sponsorship agreement and that this, in itself, will lead to a greater amount of self-regulation in regards to promoted content.

But we’ve also learnt a lot from this experience. As a result of Fyre and the ensuing documentaries, lawsuits and regulation changes, social media users, AKA the majority of the world, are getting harder to trick. As we adjust, as a society, to lives lived in the digital realm, we are becoming more adept at detecting the flaws and deceptions in some of these influencer endorsements. Hopefully, most users out there are able to realise that, if it’s too good to be true, there’s a very good chance it is.

I hope one day we can all sit around the table with our cups of normal green tea and laugh at the time that we put our trust into strangers with pretty pictures on social media.