A new report by customer acquisition and letterbox marketing firm Salmat has found an increasing disconnect between marketers’ spends and ROI, while at the same time pouring some fuel on the old ‘digital versus traditional media’ fire. You can check out the full report here.

The report – titled the Salmat Mid-tier Marketing Index (SMMI) – was aimed at mid-tier marketers and revealed that 59 per cent of those surveyed said they would increase spends in the coming 12 months; however, almost a quarter (24.9 per cent) are failing to adequately measure ROI on their spends, be it a time, staff or a competency thing. 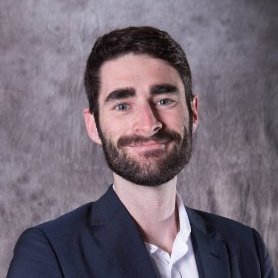 In a chat with B&T about the SMMI, Salmat’s head of marketing, Benjamin Hillman (above), said the study had found that Aussie marketers were having a “renaissance” back to traditional media like catalogues, magazines and letterbox drops that still represented a good ROI over, say, riskier options like digital or expensive options like TV.

While spruiking the likes of catalogues could appear out of touch with marketing’s obsession with the “latest shiny new thing” Hillman argued it’s that combination of new and traditional media that still got results.

“Sure, it you put the word ‘programmatic’ in front of anything then you’ll you get agency land excited,” he said with a dash of irony, “but it’s all about the balance.

“Digital can give you some very fancy learnings, but that’s not to say you can’t then inject them back into your more traditional medias. We use our data to feed back into our existing offline channels all the time.”

Hillmans cites a recent campaign Salmat did for fast-food chain Pizza Hut that involved a letterbox drop around local stores. “We combined that with demographics, with a social approach, a search approach, with an email campaign, it’s everything being part of an overall mix.”

Spruiking the merits of a letterbox drop or a magazine insert to agency land isn’t without its difficulties, Hillman agreed, but it wasn’t about one over the other. Rather, he said, “Sure, put your money into digital or TV or newspapers but why not set aside a third of the budget for a targeted letterbox campaign and then see what the results are?”

Which begs the question: is marketing in 2017 so dominated by the mar-tech companies, their products and their opinions that traditional medias – who often have a compelling case, too – are drowned out?

“If you look at the SMMI report over what marketers feel comfortable with and where they’re looking to invest there’s a bit of correlation there,” Hillman said.

“They’re saying they want to invest in digital and they’re websites, but according to the report less than 10 per cent of marketers are comfortable with SEM and SEO, they felt they were amateurs in those areas and when you don’t have that confidence you can’t be effective.”

Hillman believed many mid-tier marketers were under “massive pressure” brought on by “shorter time frames, they’ve got less budgets, less people, they’re being asked to do more, track more and they’ve got all these executives breathing down their necks,” he said.

Mar-tech, he agreed, could be a marketeer’s saviour but only if they were equipped with the skills to manage it.

“Again, looking at the SMMI report, over a third of marketers wanted to improve their knowledge and skills and that’s coming from the ad tech companies.

“If they had more money or time they would build their own skills base and that’s dealing with some of the noise that’s coming out of it. The balance between measuring your ROI and being digitally forward or savvy is one of the more careful things marketeers need to do,” he said.