The second in line to become the king of Australia, Prince William, has landed the July cover of esteemed fashion magazine British GQ.

In the accompanying interview with Tony Blair’s former communications chief and author, Alastair Campbell (who describes himself as an “old leftie Republican” and is a strong mental health advocate), the Duke of Cambridge talks about the emotional impact of his mother’s death which will be 20 years this August and his desire to get more Brits to talk about their mental health. You can read some of the interview on GQ’s website here. 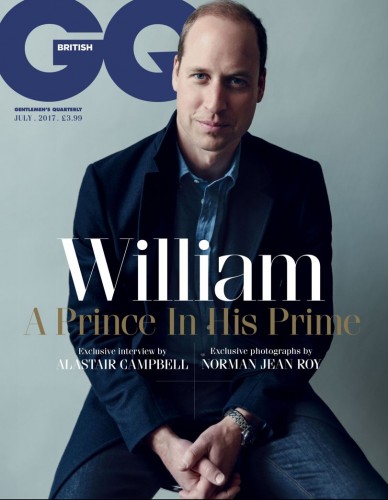 The magazine spread also includes a family shot with the Duchess of Cambridge, the couple’s two rather cute kids, George and Charlotte, and family dog Lupo. 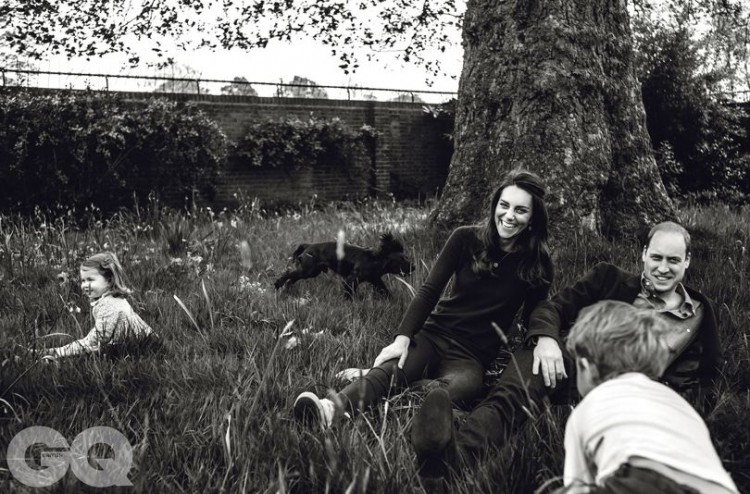 In the interview, William admits it’s taken until now for him to really get his head around Diana’s death that occurred when he was aged just 15. He had previously said he had not spoken about his mother’s death enough.

“It has taken me almost 20 years to get to that stage,’ he said. “I still find it difficult now because at the time it was so raw. And also it is not like most people’s grief, because everyone else knows about it, everyone knows the story, everyone knows her.

“I would like to have had her advice. I would love her to have met Catherine and to have seen the children grow up. It makes me sad that she won’t, that they will never know her.”