In this guest post, Men at Work Communications’ Adam Mumford (pictured below) takes a closer look at some of his favourite creative stunts, with one dating back all the way to the 1920s. 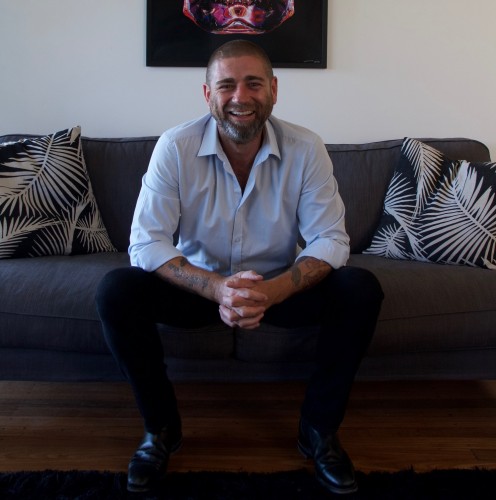 Is there anything more thrilling than a big, bold stunt? The best leave a lasting impression that’s equal parts exhilaration and relief, which captures the imagination of the public and gains serious media attention.

Of course, in today’s world of digital targeting and optimisation, are they still relevant? They obviously need to be on-brand, but the right idea can garner serious reach and engagement. And a good idea creates talkability, virality and positive association with the brand.

You need only watch some YouTube footage of The General to realise the staying power of a fantastic stunt. Shot in the 1920s, Buster Keaton’s breathtaking work on a moving train – the cameraman having been told to “keep shooting until Buster yelled ‘cut’, or was killed” – is still regarded as one of the finest performances of all time, and helped get the film selected for preservation in the United States National Film Registry by the Library of Congress.

Basically, with the right idea, you can get an insane amount of reach for a relatively low cost. Sure, The General was regarded as an expensive film in its day, but almost a century later, the $750,000 or so it cost to make an undisputed masterpiece would be regarded as an absolute bargain – even after inflation was applied.

What’s more, you don’t need to put anyone’s life at risk to create a great creative activation that generates cut-through (although the threat of death certainly does aid in reach – but we’ll come to that).

Below, I’ve outlined a few of my favourite creative stunts that show just how big an audience you can get for relatively little spend, when you have the right idea and a team just nuts enough to pull it off.

In May this year, Nova Scotia resident Sarah Naugle and her two children found a message in a bottle washed up on their local beach.

“I noticed the top of a bottle sticking out of the seaweed, so I picked it up,” Naugle told CTV Atlantic.

“I noticed it was a full bottle, and there was a message inside. I couldn’t believe it!”

She was in for a much bigger shock: that message had been written almost 60 years earlier, having been lodged in the ocean by Guinness – yeah, the beer company.

In 1959, Guinness decided to try out a novel way to build awareness of their product by dropping 150,000 bottles in the ocean, with a message in each bottle – some reporting to be from King Neptune! The hope was that people combing the beaches would find the bottles and spread the word.

The word-of-mouth advertising may have been effective in the ’50s, but with bottles still washing up and making the news 60 years later, the campaign is still paying dividends decades later.

You’re probably not going to get away with this stunt today, but a good idea is a good idea. Simple. Easy to describe in half a sentence. A good story in any language.

The Blair Witch Project pretends to be real (1999)

For anyone too young to have seen The Blair Witch Project in the cinemas, you might be a bit baffled about what the big deal was with this flick.

It’s a bit like the old story of the student who complains that Shakespeare’s work is full of cliches, unaware that “The Bard” actually created them.

Blair Witch helped popularise the ‘found footage’ horror film – did it on the smell of an oily rag with a case of nobodies, and perhaps most importantly, was also one of the first films to use the internet to do the majority of its marketing.

To create buzz, the filmmakers gave out tapes to college campuses and presented them as real video diary footage, the Independent Film Channel played clips that were labelled as documentary instead of fictional, and a website was set up that outlined the events surrounding the film as true.

This PR stunt created plenty of groundswell for the film, with USA Today writing in 2014: “Though it arrived five years before Facebook and seven before Twitter, Blair Witch became Hollywood’s first film with viral heat.”

As for the payoff? The movie was shot on a shoestring $60,000 budget and ended up grossing around a quarter of a billion, making it one of the most successful indie films of all time.

Red Bull and Felix Baumgartner showed just what is possible when someone is willing to go to the very limit – of our planet’s atmosphere, that is.

For those who were living under a rock, Red Bull Stratos saw professional skydiver Baumgartner ride a hot air balloon to an altitude of 39,045 metres, then jump out.

As he plummeted towards the Earth’s surface for almost four and a half minutes, the Austrian reached a maximum of speed of 1,357.6 km/h to break numerous records – including becoming the first human to break the sound barrier without any form of vehicle – before safely pulling his chute to ensure nothing else broke.

Alright, so that’s not exactly the kind of thing you’re going to be able to achieve with a budget of a few thousand bucks, but sponsors Red Bull got a huge return on investment, with research firm IRI reporting the energy drink company increased sales 7 per cent to $1.6 billion in the USA alone over the following six months.

Arguably more importantly is the attitude it set for the general public regarding the company.

As one Twitter user put it: “So, if I buy Coke, they spend my money advertising Coke. But if I buy Red Bull, they launch people to edge of space and let them jump? Sold.”

It would be remiss of me not to mention an Aussie campaign in this piece, and has there been a better local stunt than Lucy the Robot in late 2015? Obviously, I’m biased – my agency Men At Work Communications developed this campaign with media agency Atomic 212°, but there is no better example of huge amounts of talkability being generated in a short amount of time.

Looking to get coverage for the Double Robotics telepresence robot, we sent the device to Sydney’s Apple Store for the launch of the iPhone 6s. This was an event that already had major buzz, and we created a story to push it a little further.

Piloted by the eponymous Lucy, the robot became the first robot to ever buy Apple’s latest flagship phone.

Perhaps more importantly than making robotic history, the stunt gained global attention, with the story being covered in literally thousands of stories around the world, translated into dozens of languages, and reaching tens of millions people in total.

And it’s staying power has been none too shabby either, with Warc naming the campaign as the third most effective for 2017 in April this year.

If you create the right story and have a compelling idea, a creative stunt can generate some awesome interest in your client’s brand. The problem is that you can’t fake a good story.