June’s Hot Topics show Facebook and Instagram’s ability to captivate an audience across a spectrum of events. Whether they’re seeking to educate, inspire, challenge or excite, Australian marketers can be right there with their audience in the moment.

Discussions, debates and tour dates captured the attention of Australians across the country in June as they took to their Facebook and Instagram feeds to share their views and experiences.

The impending national election was top of mind and top of conversation, as politicians and journalists alike took advantage of Facebook Live to promote and report on the campaign. Combined conversation about the election was greater than any other single Hot Topic on Facebook. 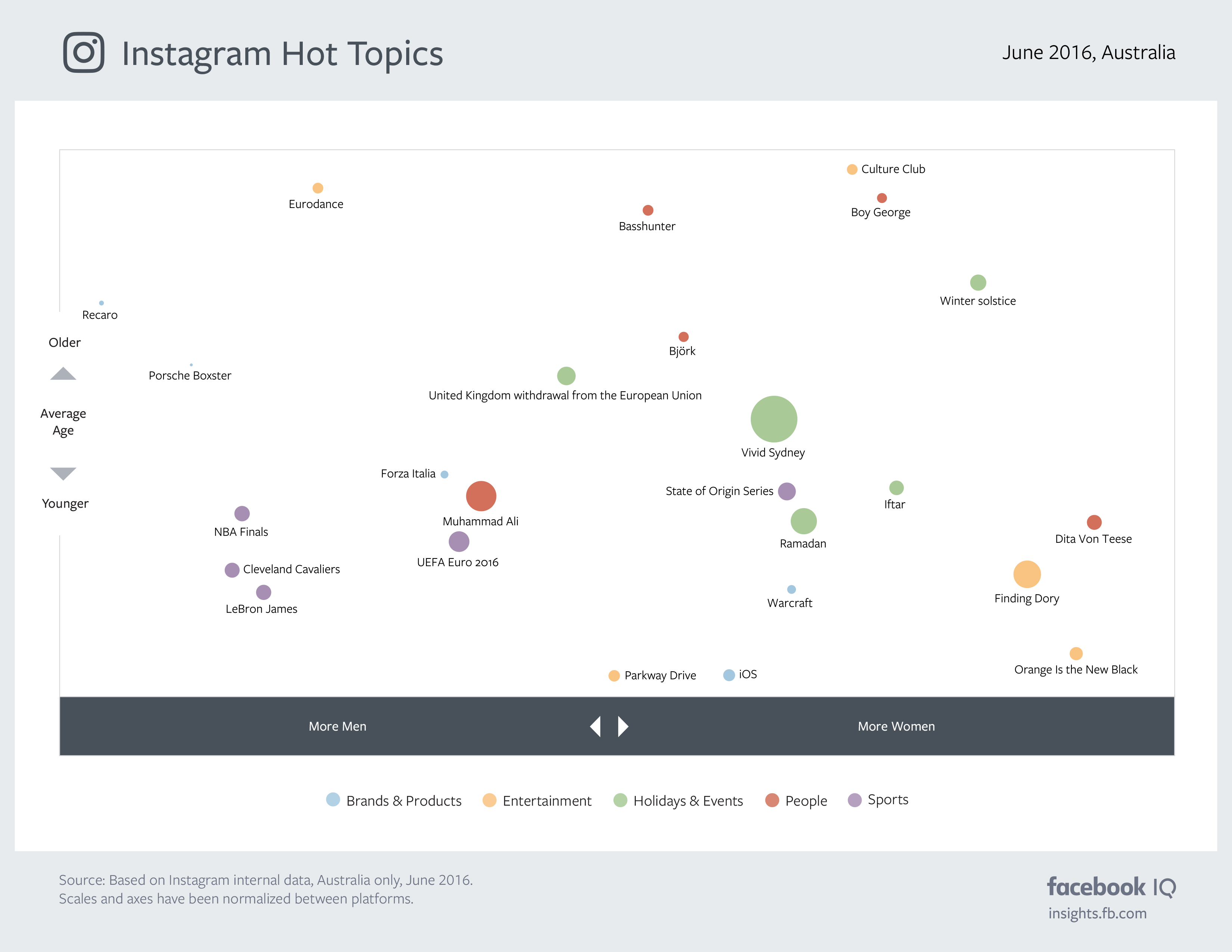 While most of the focus was on local politics, Australians also discussed world news. In international politics, older men turned to Facebook and Instagram to discuss BBC News’ coverage of Britain’s national referendum to exit the European Union. Australians also used Facebook to share their reactions to the tragic nightclub shooting in Orlando.

The NBA finals were the highest-trending sporting event on both Facebook and Instagram, as the Cleveland Cavaliers defeated the Golden State Warriors with superstar LeBron James. Across the pond, the 2016 UEFA European Championship kicked off in style, captivating young Australian soccer fans on Instagram.

Closer to home, the Australian National Rugby League launched its biggest event on the calendar with the 2016 State of Origin. The event resonated strongest with young males on Facebook as Queensland’s Maroons defeated New South Wales in the first two of three clashes in the series.

Aussies also celebrated arts and entertainment in June, reveling in new album releases, tours and exhibitions by some of the industry’s biggest names. For young men on Facebook, the return of the legendary funk-rockers Red Hot Chili Peppers was the stand out event. On Instagram, Dita Von Tease, EDM star Basshunter and 80s popstars Boy George and Culture Club were the hottest topics among women. Icelandic singer Bjork visited the popular Vivid Festival in Sydney, with her performance and the festival itself trending on Instagram with women.