It’s the perennial question – why do paparazzi photographers hunt celebrities out buying a hamburger in a tracksuit, and why are we so obsessed at looking at them in trashy magazines and websites?

Sydney based paparazzo shooter, Jonathan Marshall, has told KIIS FM’s Kyle and Jackie O this morning of the staggering amounts media companies were willing to stump-up for pictures of celebs being normal.

Marshall said a photo of someone like Jackie O taking her kids to school could fetch as much as $500.

However, due to his notoriety, photos of Kyle were worth much more.

“If you were to get Kyle having a dart (smoking) in Double Bay which is a pretty regular occurrence, there’s probably $700 in that,” Marshall said.

“But if you’re also midway through a bit of bacon, I reckon you could add another couple of hundred bucks,” he said, adding that it would enable media outlets to turn the innocuous image into something much sinister.

Celebs in bikinis were worth much more, particularly if a boob or something similar popped out. “Every day can produce a different result,” Marshall said, “but probably (they’re worth) between $20,000 to $25,000”.

Paparazzo intrusions into celeb’s lives reared its head this week when TV personality Chrissie Swan was snapped taking her three children to a local McDonald’s. The images were reproduced on Woman’s Day’s and The Daily Mail’s websites and resulted in a number of Daily Mail readers fat shaming Swan and her children in its comments section. 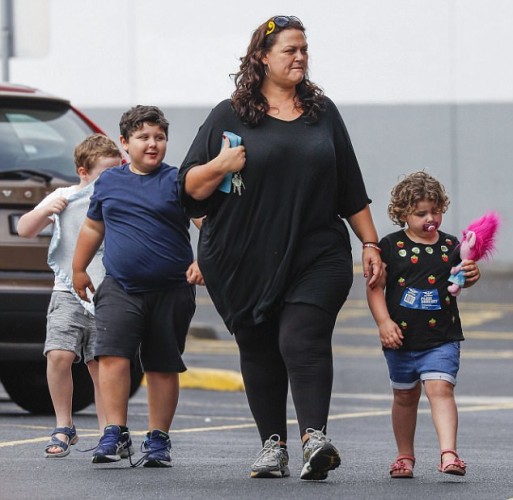 Some were more sympathetic and argued most parents took their kids to Macca’s every now and then. While others were disgusted that the kids had been identified in the image.

“Now, I think Swan herself is fair game to some extent,” O’Brien wrote. “She’s a well-known media figure who has often talked about her weight in public and even signed once with Jenny Craig.