Fresh from a recent attack on media agencies, the man in charge of one of the planet’s most enviable advertising budgets, Procter and Gamble’s Marc Pritchard, has launched a veiled attack on creatives saying the industry needed less ads but more memorable ones.

In February, Pritchard (pictured below), who’s responsible for P&G’s $US7.2 billion a year ad spend, called media agencies “murky at best and fraudulent at worst” for their apparent lack of disclosure. 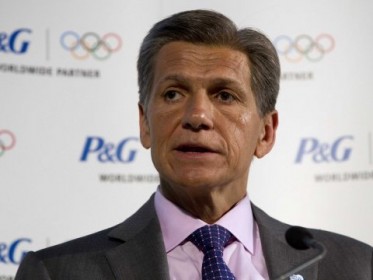 In a speech to the American Association of Advertising Agencies Transformation conference in Los Angeles this week, Pritchard revealed he wanted to run less campaigns for P&G’s 65 brands – that include everything from Old Spice, Gillette and Vicks – to make sure staff had more time to focus on better ideas.

“We’ve cut the amount of work we do, but we can go much further by focusing on fewer and better ideas that last longer. We get tired of ads a lot faster than consumers do,” Pritchard said, his quotes taken from a transcript given to media.

“A brand manager once told me they change ads every six months. ‘Why?’ I asked. ‘Because it’s on my work plan.’ Not a good reason. We need to stop chasing our tails and have the courage to do less,” he said.

P&G has already streamlined its media, halving the number of agencies it users in the hope of getting better work and ROI.

Pritchard – known for his regular tongue lashing of agencies – also used his speech to take a swing at the way agencies pitch.

“How much time is spent polishing and re-polishing PowerPoints? Don’t you just love it when you get a PowerPoint as pre-reading, only to have it re-presented to you in the meeting?

“Have we lost the ability to talk without reading from a slide? I recently had a round of creative reviews, and asked ‘just show me the work.’ I did eventually see it, embedded in hundreds of slides of explanation. Please stop,” he said.

Pritchard also weighed-in on the current Google saga where brands were boycotting the platform after their ads were seen next to hate or extremist YouTube videos.

“Here’s the head fake you might get: ‘But you’ve only had a couple thousand impressions served on objectionable content…’ Response: ‘That’s a couple thousand too many.’ We have a zero tolerance standard when it comes to brand safety.

“Our brands are protected in other forms of media. The same zero-tolerance standard of performance applies to digital media.” he said.