Network 10 is standing by its celebrity chef, MasterChef’s George Calombaris, following revelations that he underpaid workers at his restaurant chain to the tune of almost $8 million.

A petition is now circulating via a former waitress at Calombaris’ Hellenic Republic eatery calling for the network to sack its MasterChef star.

Orlaith Belfrage (pictured below) said Calombaris’ holding company, MAdE Establishment, still owes her $2,000 in back wages. She also accused her former employer of not co-operating with the efforts of workers to seek recompense. 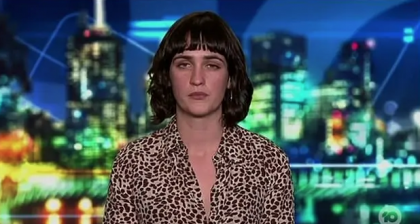 At the time of writing, Belfrage’s petition had received over 10,800 signatures.

Calombaris is a founding shareholder of MAdE Establishment and was a director from 2008 up until 2018. He has co-hosted MasterChef since its first season in 2009.

But it appears 10 is set to stand by its beleaguered star. In a statement to B&T, a spokesperson said: “George and MAdE Establishment have reached an agreement with the Fair Work Ombudsman in relation to this matter. George has the support of Network 10. We will not be making any further comment.”

Yesterday,  MAdE Establishment was fined $200,000 by the Fair Work Ombudsman after inspectors investigated the MAdE group of companies when it self-reported underpaying staff at four of its upmarket Melbourne eateries.

Belfrage also appeared on 10’s The Project arguing Calombaris should be removed from the show and the network should stop protecting him.

“He should be taken off MasterChef,” Belfrage said. “Channel Ten should stop making excuses … ”

MAdE has since back-paid workers more than $7.83m to 515 current or former employees after entering into the court-enforceable undertaking.

A spokesperson for MAdE also said Calombaris would not quit his TV hosting duties.

“MAdE Establishment has taken particular care to ensure all affected employees, both current and former, have been fully compensated in accordance with the law,” the spokesperson told SBS.

“We fully disclosed our calculations and payment methodology to the FWO who have undertaken their own detailed assessments to ensure our affected employees have received their full entitlements.”

It’s not the first time Calombaris has fallen foul of the law. In 2017, he was fined $1,000 by a Sydney court for punching a spectator during an A-League football game.

While the online attacks continued yesterday after Calombaris self-diagnosed himself with obsessive-compulsive disorder (OCD) during an episode of MasterChef earlier in the week.

Despite not having consulted a psychiatrist, the 40-year-old chef said he based his diagnosis off his preference for a clean workspace and his colour-coded underwear drawer.

“George just doing WONDERS for the mental health community with his self-diagnosis there,” wrote one person.

“Cool George, but liking things to be organised does not mean you’re OCD,” wrote another.

“Self-diagnosing with a serious and debilitating mental health condition because you like a clean kitchen is a shitty thing to do,” commented another.