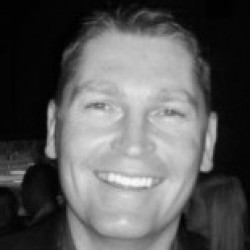 
Online retail and bricks and mortar stores aren’t mortal enemies. Far from it argues Atomic 212’s Jason Dooris (pictured below) in this opinion piece. And it’s all backed by some juicy examples too. And you can’t argue with that…

Online and offline retail should not be seen as two separate or opposing streams. One influences the other, and brands should develop their offline and online presences harmoniously, in order to create a holistic consumer experience. 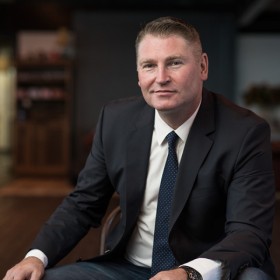 Figures from Deloitte from 2015 indicate that the digital space has an influence on a whopping 40 per cent of visits to brick and mortar locations in Australia.

Consumers are increasingly using digital devices to conduct research and price comparison before going into a store. Deloitte has also suggested that if these Australian trends continue in the same direction, we will see digital influence the majority of in-store visits within just a few years.

For some years now, most established brands have begun embracing digital in a big way, which can be seen for instance through the proliferation of e-commerce and the rapid acceleration of digital marketing and non-linear conversion strategies.

From beacon technology to virtual reality to mobile-led in-store payment systems, digital technologies in the physical space are set to drive retail evolution, and I expect heaps of major players to start jumping on board.

Below are a few cool examples from foreign markets:

Pizza Hut Subconscious Menu: A digital Pizza Hut menu in the UK tracks the eye movements of customers to determine which pizza ingredients they subconsciously desire. You never have to make a conscious decision again!

Tommy Hilfiger Digital Showroom: The global fashion brand launched a digital sales room at its global headquarters in Amsterdam in 2015 – the showroom is centred around interactive screens which truly blend the digital and brick and mortar experience.

Walmart Pay: It just keeps getting easier to buy stuff. Walmart has launched its Walmart Pay system, where people can use their smartphone to buy products in-store. It’s all about omni-channel distribution.

St Helen’s digital clothes rail: St Helen’s department stores in the UK have rolled out clothes rails in their brick and mortar locations which indicate to customers the clothing lines which are getting the most shares, comments or likes on Facebook and Instagram.

Virtual Reality Shopping: Online service Retale has partnered with VR technology Oculus Rift to roll out a virtual reality retail service – instead of simply seeing items on a computer screen, retail shoppers can wear the Oculus headset and immerse themselves in a 360° shopping experience. Dior has also launched a VR headset to give consumers backstage access.

Of course, these examples are all from overseas. What I’d like to see is similar digital innovations being injected into the Australian