In this opinion piece, OMD Australia’s director of insights, Carl McLean (pictured below), takes a look at the growth of music streaming locally and its impact on Australia’s overall audio landscape. 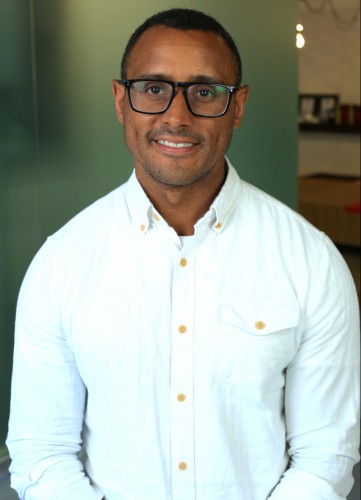 An article claiming that Google had acquired Spotify in a $41.1 billion deal was one that captured the attention of many of us here at OMD, if only for a few tantalising moments before we saw the publication date… of April 1st. A quick search revealed that inflation is rampant in the April Fools’ economy (valuation was $14.1 billion when DMN ran a similar jolly in 2015).  However, the viral spread seemed to go far and wide this year – or at least in my admittedly narrow ecosystem of media and researcher folk. Nonetheless, the acceptance of this fake news story as fact, if only for a few moments, points to an underlying truth of just how mainstream music streaming has become.

Indeed, it’s this very popularity that made music streaming a focus for us in a study that we ran towards the end of last year. Given the increasing growth of music streaming services on the one hand and our ability to buy such inventory programmatically on the other, we felt we needed to have greater visibility of the consumers lying at the heart of this. Who are music streamers and what defines them?  How many of us are streaming music and, if we’re not, what’s the likelihood of us doing so in future?

In an innovative collaboration with Spotify (sans Google) and Pandora, we ran a study including a nationally representative sample of 1,854 Australian consumers to answer these questions, dear reader – and more. Findings identified that streaming popularity is indeed widespread – only six per cent of us haven’t heard of the term before. However, it’s clear that there is strong role for further education, with 35 per cent having heard of music streaming but not being familiar with what it entails.

Overall, one in three Australian consumers are currently streaming music. The ratio of free (ad-supported) subscription to paid across all providers is four to one, and more than half of streamers are using music streaming services regularly (two to three times a week), with the vast majority satisfied with the services they use (79 per cent). Consequently, streamers are also strong advocates of the services they use (a plus-31 Net Promoter Score on average).

Who are music streamers?

So, what are the attributes that define music streamers? To start with, they are more digitally savvy, social media engaged and affluent compared to non-music streamers. Though there is a broad spectrum across age and gender, younger consumers (18 to 34 years) and women are strongly represented amongst streamers. There is also a higher level of engagement with the arts generally, with streamers more likely to attend classical arts/culture and live music events compared to non-streamers.

For the two in three of us who are not streaming music, this isn’t simply a story about streaming, but a whole range of other aligned behaviours – digital downloading, catch-up TV, using SVOD – that currently aren’t part of our landscape when compared to streamers.  Unsurprisingly, this group also has an older skew.

Half of current non-streamers see themselves taking out streaming services in the future or are undecided (21 per cent somewhat or very likely, 29 per cent neither likely nor unlikely). Fascinatingly, of the one in one saying they are not likely to use music streaming services in the future, the top cited reasons indicate strong misperceptions of the category, rather than a rejection of music streaming in principle. These include not having the money for music streaming services or having concerns that they wouldn’t use the services enough to justify the investment – even where there are obviously free subscription options open to them. A clear and simple education piece on free services would help to alleviate these concerns and support continued future growth.

What does it mean for media?

While radio, CDs and music downloads are the most used music access methods, music streaming is by far the fastest growing way to access music, with 57 per cent of respondents saying that they are using music streaming services more than they were 12 months ago, followed by 35 per cent for music sharing sites such as SoundCloud. However, with radio holding its own at a lower growth rate (18 per cent), it’s clear that music streaming and radio are complementary in people’s lives.

So, why should any of this be significant for those of us in the industry? Well, the story is all about the growth, growth, growth, it seems. According to a recent Macquarie report titled Global music investing – top picks to ride the next music wave, 2015 witnessed the first time that global sales of digital music overtook that of traditional physical formats, while last year saw the global music industry experience growth last year for the first time in a decade – again largely attributed to streaming. Global recorded music revenues are expected to double over the next 10 years, driven by emerging economies.

Domestically, ARIA recently released 2016 wholesale figures, and the results are overwhelmingly clear – revenue is up, with 5.5 per cent growth since 2015, generating $352.2 million for the Australian music industry, while streaming now accounts for 38.5 per cent of the overall market by value, and growing by 90.5 per cent over the year. It is also evident that category growth is not slowing anytime soon. Globally, streaming is predicted to reach 50 per cent penetration by mid-2019 and 80 per cent in 2025. Statistica predicts Australian streaming growth rising to a more modest 40 per cent by 2020 from 34 per cent currently (as identified both by Statistica and, of course, our good selves), representing a strong expansion of footprint.