The Shake the Cage Cup has been launched to force politicians from Australia’s major parties to start having a conversation with the public about reviewing the tax concessions given to religious institutions on their non-charitable work.

The move could raise hundreds of millions of dollars in revenue for causes in need.

For instance, Sanitarium – an organisation that turns roughly $500 Million annually through the sale of breakfast foods and beverages – are exempt from company income tax as they are classified as a charity.

The business is owned by the Seventh Day Adventists.

However, the competition, which challenges Australians to become activists and generate money for not-for-profits, has had one of it’s two first major billboard submissions denied by APN Billboards after the company consulted with the Outdoor Media Association (OMA).

With a $20,000 budget to have the billboard displayed across Melbourne through November in the leadup to the state election, the competition’s creator, Daniel Bluzer-Fry expressed his disappointment.

“To begin with, you’ll see companies like APN and OOH put some fairly antagonistic political advertising on their billboards for political parties coming into elections. We’re not affiliated with any parties, and to that end, are focused on engaging both the major parties who are proving to be blockers on these reforms.”

“At the end of the day, people need to know about what is going on in this space. We’re also busy raising funds for a variety of Australia’s favourite Not-For-Profits, so ultimately, it’s causes in need that are losing out on the back of this decision” Bluzer-Fry added.

Now, the OMA has provided a statement to B&T explaining its decision to block the boards.

According to an OMA spokesperson: “The OMA’s role is to advise its members on creative and notify them when it is likely to breach the AANA Code of Ethics.

“Two creatives were sent to the OMA for assessment as part of Shake the Cage Cup. The first was approved by the OMA as it was deemed unlikely to breach.

“The second creative, however, contained inflammatory language likely to breach for religious discrimination under section 2.1 of the AANA Code of Ethics, which states ‘Advertising or Marketing Communications shall not portray people or depict material in a way which discriminates against or vilifies a person or section of the community on account of race, ethnicity, nationality, gender, age, sexual preference, religion, disability, mental illness or political belief.'”

“Any political advertising run by OMA members must adhere to the OMA Political Advertising Policy.

It added: “It is very disappointing to see the OMA’s reasonable assessment process used as a publicity stunt.”

So far the competition has onboarded a variety of partners and has a growing number of local and international artists jumping aboard to provide their music to competition entrants to help Australian charities.

With a diverse panel of impact-oriented Australians judging entries including Desh Amila, Dr Meredith Doig, Ross Harding, Fiona Patten MP, Dr David Zyngier and Asher Wolf, the competition has a $15,000 prize pool for entrants and is working around the clock to get the message out to film-makers along with anybody that has a smartphone and social media account. 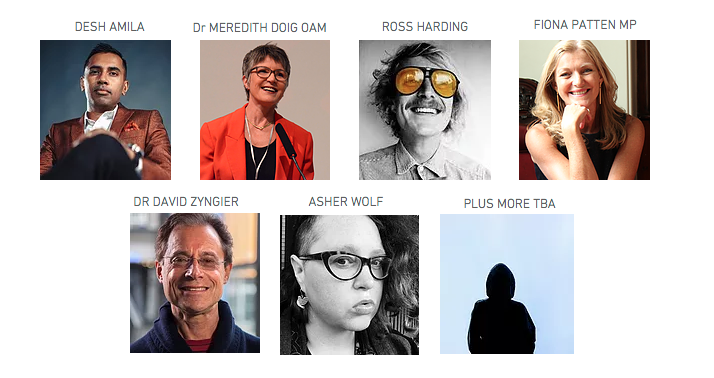 Prominent education academic and social commentator Dr David Zyngier noted: “In Australia today there are many who cry wolf at having their so-called free speech denied.

“They are usually the most powerful of people – journalists and politicians. But when a small group of people trying to promote good work for the powerless and disadvantaged have their speech curtailed this is certainly a travesty of democracy”.

Since the decision was made, the competition has taken to social to see if anybody that has a lazy $20,000 lying around wants to put up the billboard that has been accepted.

They’ve offered a few goodies and tickets to some fun things happening in November to anybody who might be keen – although would be even happier if they donated it to the prize pool that will 100 per cent be donated to Australian not-for-profits as determined by a people’s choice award process.