Following on from this week’s brouhaha surrounding Mediacom’s reporting, one agency boss has come out and said that the sales generated by a campaign should be the industry standard of whether are campaign has flown or bombed.

Bastion EBA managing director, Jack Watts, told B&T that if there was anything to be learned from the Mediacom saga it was that the only return on investment a client should expect on their ad spend is a marked increase in sales. 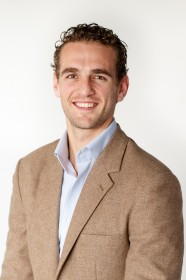 Bastion EBA specialise in sponsorships – partnering brands with sporting teams and the likes – and even Watts admits the days of simply sticking a logo on a jersey “are no longer driving returns”. And that, he says, translates across all media – be it outdoor, print, whatever.

“Putting a billboard on a main road is a long way away from selling anything. You need to reach consumers in so many different places and unless you can reach them where they choose to be, in their time, through something they’re passionate about, I think you’re missing a trick. But to clarify that, traditional media remains and will remain very important to building and maintaining brands,” he said.

“The industry just needs to be far more quantifiable. Given where the industry is going we need to start measuring the success of campaigns on the ultimate ROI and that is in sales. And if we can’t answer the question of how many more cars, houses, bank loans we’ve sold then we haven’t delivered a successful campaign.

“I think the industry is on the same journey here. The greatest campaigns are the ones where you can point to a number of sales and that is the only KPI that matters; and if we can increase sales by spending less money, then even better again,” he said.

Twenty years ago, Watts argued, if you wanted to reach 80 per cent of the population you stuck a TVC on the Sunday night movie on Seven, Nine or Ten. However, to get that sort of saturation these days “you have to advertise on a plethora of channels and the options now for marketers are so varied in what they’ll take in and what they choose to ignore and we have to start measuring campaigns by the ultimate success and that’s an increase in sales”.