NRMA Insurance has released the next instalment of its annual Christmas campaign, asking drivers to take extra care on our roads during the most hectic time of the year.

Titled ‘Don’t Drive Naughty, Drive Nice’, this year’s campaign by The Monkeys harnesses the power of kids in the back seat to remind us what Christmas time is really about – them.

The integrated campaign kicks off with a film directed by Marc Forster, who recently released Hollywood movie Christopher Robin, telling the story of a young girl who must find a way to get her stressed out dad to drive nice before it’s too late.

To reinforce this message while on the road, kids from around New South Wales and Queensland were asked to show us why adults should ‘drive nice’, with their answers becoming the hero out-of-home advertising creative.

On radio, a group of kids adapted the drive nice message to the tune of famous Christmas carols.

An across mobile, a Facebook augmented reality camera effect has been created that allows viewers to look like the brand film’s hero toy bunny and share the ‘Don’t Drive Naughty, Drive Nice’ message. 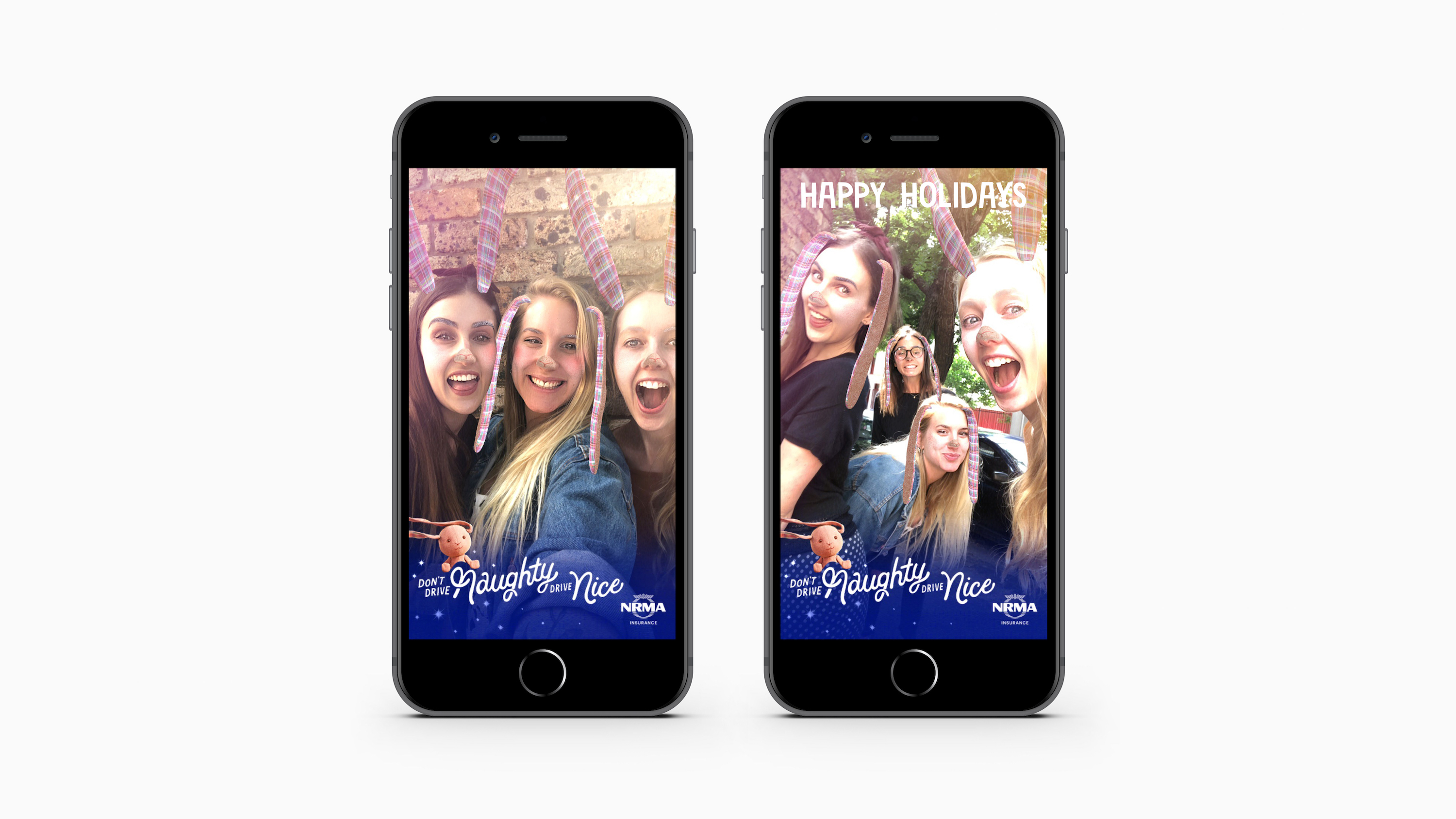 The campaign is also supported by a podcast platform titled ‘Are We There Yet?’ that includes Australian celebrities reading beloved stories.

NRMA marketing director Sally Kiernan said: “We know that Christmas is a time of the year when the importance of family is heightened, bringing with it a spirit of togetherness and connection.

“It is also one of the busiest periods on our roads, so it’s more important than ever to ‘Drive Nice’.”

The Monkeys co-founder and group chief creative officer Scott Nowell said: “Christmas holidays are a joyous time, but there’s immense stress around finishing work and getting the family on the road.

“NRMA Insurance wants to make sure that Australians are driving safe, bringing to light what is most important – family.”

This is the third major piece of work created for the NRMA Insurance brand in partnership with The Monkeys, part of Accenture Interactive.