NOVA Entertainment has announced Wendy John, with her podcast Doomsday, as the winner of the second Podquest series.

Podquest is an initiative that was launched in April to discover and support new and emerging podcasts from around Australia.

NOVA Entertainment received another high number of entries from talented content creators across the country.

As the winner, John won a production and marketing grant, as well as access to NOVA Entertainment’s production facilities, technical expertise and distribution channels to create her podcast series. 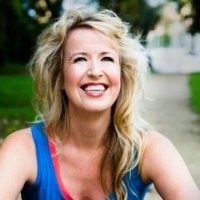 In Doomsday, preppers face-off with serious science for a pop-culture smackdown with John – a new mum freshly infected with anxieties about everything from nuclear war to a zombie apocalypse.

Episode one, to be released on Tuesday 5 September, will see celebrity preppers David and Lisa Oldfield reveal all their secrets from their Sydney bunker.

Jay Walkerden, head of podcasting at NOVA Entertainment, said: “Doomsday stood out to our judges. Wendy’s ability to give us an insight into the minds of Doomsday preppers in a fun and engaging way while showing respect to the content providers was exceptional.

“We are excited by this very different podcast.”

John’s winning podcast was selected from the top 10 finalists by an internal and external industry panel including Henrik Isaksson, country manager at global podcasting platform Acast.

The trailer for Doomsday can be found here.

John is the second winner of Podquest, after Phoebe Parsons claimed round one with her podcast Confessions of a Twenty Something Train Wreck in June.