Star power was the order of the day at Nine’s Upfronts held at Sydney’s Star Casino yesterday afternoon.

Clearly trying to impress the room packed full of buyers and advertisers, the actual programming played second fiddle to a parade of stars and the broadcaster’s talent. The cavalcade included (a trouserless) Hamish and Andy, Yolanda Hadid, Shane Warne and the likes of Lisa Wilkinson, Julia Morris, Tracy Grimshaw and the the Stefanovic brothers Karl and Peter. 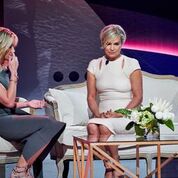 In all truth, the five-hour presentation started to test even the most hardiest of soul’s patience and circulation to the derrière.

As expected, there was a big emphasis on the network’s two biggest staples – cricket and NRL. While its new women’s site Honey.nine.com.au also got its fair share of plugs. 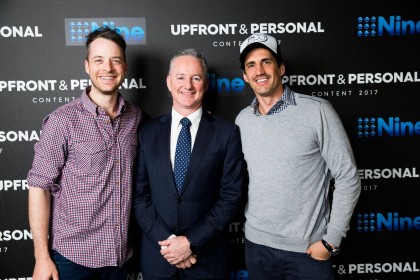 New shows for 2017 included Australian Ninja Warrior. Based on the US version, it’s an obstacle course for elite athletes which Nine hopes will be a prime-time family hit.

Nine’s also back in the food genre with Family Food Fight which will pit family members against one another to find “Australia’s greatest food family”. 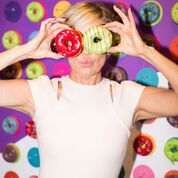 Karl Stefanovic was announced as the host of This Time Next Year which appears to be the networks tearjerker. Although actual details were sketchy it appears to follow people achieving personal goals over a year-long period.

While Last Resort: Love Me Or Leave Me appears to send extremely unhappy couples to a tropical island to determine if they should split or not. 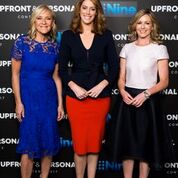 • The return of Hamish and Andy in some guise
• An Alan Bond mini-series title House of Bond
• A new Underbelly series on the life of Mark “Chopper” Read
• A travel show called Travel Guides that sees ordinary Australians sent to uncomfortable overseas destinations
• Murder Calls that appears to re-open cases of unsolved crimes
• Sophie Monk and comedian Nick Cody are set to host Accidental Heroes, a show Nine spruiks as “the weirdest families, wildest animals and some of the greatest fails ever to be caught on camera”
• While Richard Wilkins will host an eight-part entertainment program called The A List 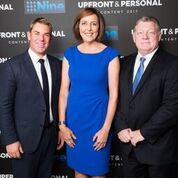 Nine also announced the return of the following for 2017: The Block, The Voice, Married at First Sight, Here Come The Habibs, Doctor Doctor, Love Child, House Husbands, Getaway, RBT, The Footy Show, 20 to One, Millionaire Hot Seat and Matt and Kim to the Rescue. 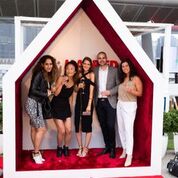 Speaking at the Upfronts, Nine’s CEO Hugh Marks acknowledged that his first 12 months in the top job hadn’t been without its difficulties. 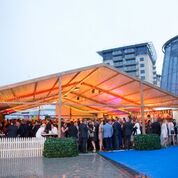 “I felt like we had to make a bold statement that this was the new Nine, this was Nine’s future, and it’s all built around great content and great people,” Marks said.

“We’ve dedicated ourselves to creating the biggest slate of shows we’ve ever delivered, with 50 per cent more hours of premium prime time entertainment.”